Are you looking for a way to express joy in life? You could use ‘viva la vida’ to voice your satisfaction.

The phrase means you enjoy your life and you’re grateful for the blessings you have around you. However, some people may use the term to describe situations where they have something holding them back in life but manage to see the bright side of things.

However, most people use the saying to exclaim their joy in life and the wonderment of being alive. It’s a positive, affirming statement and an expression of joy and happiness.

“We’re living the good life. Today was fantastic. From sunrise to sunset, every moment was magical. Viva la vida! Life is amazing.”

“Viva la vida! Let’s all head to the bar for the after-party. That concert was amazing, and I’m feeling pumped up right now.”

“Whenever I feel down, I just start counting my blessings. When you discover what you’re grateful for in life, your attitude changes. Viva la vida!”

“Life is amazing. It’s full of challenges that test your character and will. I embrace the struggle every day. Viva la vida!”

“There are moments in life where I feel so in touch with everything and everyone around me. Viva la vida!” 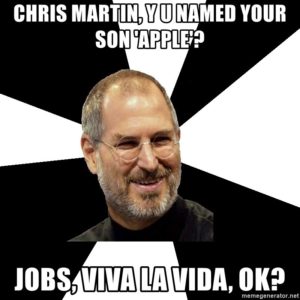 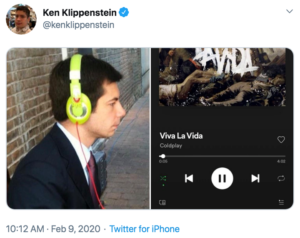 The expression ‘viva la vida’ originates from the Spanish language. However, the most common reference to the term is to the song by the British band ‘Coldplay.’ The track appears on the band’s fourth studio album, ‘Viva la Vida or Death and All His Friends,’ released in 2008.

The song lyrics contain Christian and historical references, and it was the second single on the album. Coldplay experienced massive success with the song, and it topped the Billboard Hot 100 and the UK Singles Chart in the US and the UK.

In 2009, Coldplay won a Grammy for ‘Song of the Year’ at the 51st Annual Grammy Awards.

Phrases Opposite to Viva la Vida

The phrase ‘viva la vida translates to ‘long live life.’ You wouldn’t use this phrase when feeling anxious or depressed or describing things going wrong in life.

You can use ‘viva la vida’ to express happiness or satisfaction with something. Since ‘viva la vida’ translates to ‘Long Live Life,’ you can use it in social situations where you want to say you’re enjoying your life and you don’t have any worries. You could exclaim ‘viva la vida’ after stepping off a rollercoaster ride and want to let people know you’re feeling the adrenaline of the ride.

You could use ‘viva la vida’ when you witness sunrise on the beach and feel like exclaiming your joy and love of life. The phrase suits verbal exchanges and text messages. Many people understand the meaning of the phrase in the United States, despite it not being an English saying.