Are you studying a textbook for your classes at college? You might run across the abbreviation ‘e.g.’ in your work. This post unpacks the meaning and origin of this expression. 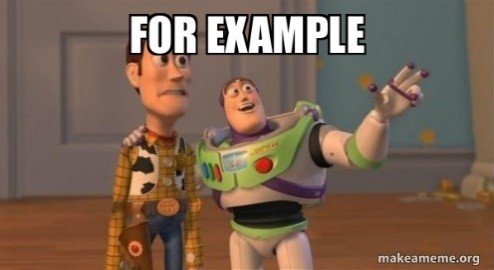 The abbreviation ‘e.g.’ stands for the Latin words ‘exempli gratia.’ In English, it means ‘for example’ or ‘for the sake of an example.’ You’ll use ‘e.g.’ to introduce a short list of examples or create an illustrative example of what you’re trying to explain.

It’s common to see ‘e.g’ in formal writing and less common to see it in text-based conversations with friends. Typically, people will say ‘for example’ during verbal exchanges and leave the ‘e.g.’ for writing.

“The UEFA Champions League consists of the best soccer teams in Europe (e.g., Barcelona, Manchester City, Paris St. Germain, Juventus, and many more). It’s the pinnacle sport and even more entertaining than the World Cup.”

“A doctor studies many subjects involving human physiology (e.g., anatomy, endocrinology, immunology, and much more). It’s a fascinating field of study mastered by only the brightest students.”

“New York City is a melting pot of culture, and there is so much to do every night of the week (e.g., broadway shows, bars, and nightlife) or just take a stroll around the streets and absorb the vibe.”

“There are many financial products available from banks (e.g., CDs, money market, high-yield savings accounts, and more). There’s no excuse to avoid saving and investing for your future. Start today.”

“Activision Blizzard was purchased by Microsoft in 2021 for $68.7 billion. They are responsible for some of the biggest gaming titles in the industry (e.g., Call of Duty, Crash Bandicoot, Guitar Hero, and more).”

“The Chicago Bulls are responsible for breeding some of the most talented basketball players of all time under Phil Jackson. (e.g., Michael Jordan, Scotty Pippen, and Dennis Rodman).”

“America is the home to some of the world’s most iconic fast food franchises. (e.g., McDonald’s, Pizza Hut, Wendy’s, and In-and-Out). Long live America!”

“You can trade any currency pair on our platform. (e.g., EUR/USD, USD/CHF, XAU/USD, and many more). We ensure we have all the pairs you need to grow your portfolio.” 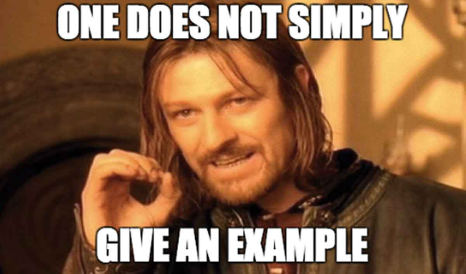 It comes from genitive of the word ‘exemplum,’ meaning “example,” and the ablative of ‘gratia,’ meaning ‘sake, or favor.’

Language experts are unsure when the first use of ‘e.g.,’ occurred in the modern English lexicon or who coined its first use.

Phrases Opposite to E.g.

‘E.g’ usually appears in professional writing, such as research articles. It’s more common to use the full version ‘for example’ in informal conversations and writing.

Unlike the abbreviation ‘etc.’ (Et cetera), you won’t read ‘e.g.’ as a full Latin expression. It’s more similar to ‘i.e.’ read as its calque ‘for example’ in English or as separate letters ‘E’ and ‘G.’ Formal conversations, such as scholarly presentations, may use the complete version ‘example given.’ ‘E.g.’ is typically offset from the sentence by punctuation.