Are you looking for a way to express your confusion and curiosity at an unexpected event? You could use “go figure” to exclaim your surprise. This post unpacks the meaning and origin of this expression.

The expression “go figure” means that you are surprised at an outcome, and you don’t have any explanation as to how it happened. You can use it when you find something astounding, and you have no idea how the person pulled off the result they did.

The phrase also has sarcastic use. You can say it when you know the answer to the problem, but you want to make it self-explanatory. “Go figure” means that you either have no idea or know the reason.

“How did you end up getting in here. That’s interesting? Well, go figure. I’ve got other more important things to worry about than that.”

“I was surprised to hear him say that. Well, go figure, I guess we’ll never know what he meant because he’s gone now.”

“Look at that result. Go figure. That was not what I expected from this experiment, but it’s a positive result nonetheless.”

“I don’t know, man, go figure. It could be anything. There are so many things around us that could cause this kind of reaction.”

“How did that guy get so rich and famous while we’re here doing nothing with our lives. Go figure.”

“We both went to the same high school and got the same grades, but he’s a millionaire, and I’m a bum. Go figure.”

“The judges gave it to Medina, but I think John John had it in the bag. Makes me wonder what goes through these judges’ minds sometimes. Go figure.” 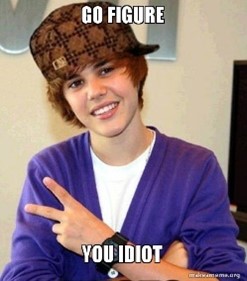 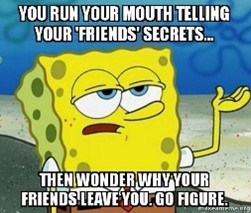 The expression “go figure” originates from the Yiddish term “Gey veys.” The original Yiddish phrase means “go know.” The Yiddish communities have been using the saying since at least the 1900s.

During the 1950s, the expression changed to the longer version of “go figure it out.” However, the first appearance of the modern use of “go figure seems to trend in the 1980s. It appears as a way to act confused about the process behind a surprise outcome.

One of the earliest renditions of the modern use of “go figure” comes from Leo Rosten, who wrote the following in 1989 in his work “Joys of Yinglish.”

“In English, one says, ‘Go and see [look, ask, tell]. . . . ’ Using an imperative without any link to a conjunction is pure Yiddish, no doubt derived from the biblical phrase, translated literally, ‘. . . Go praise the Lord.’ (In English, this becomes ‘Come, let us praise the Lord.’).”

Phrases Opposite to Go Figure

The phrase “go figure” means you don’t know what something is or how it got there. It can refer to items, occurrences, or results. When you use the phrase, you’re not asking someone to figure it out for you, and you don’t intend to figure it out yourself.

You can use the expression “go figure” when you want to tell someone that what they found is incredible. Or you can use it sarcastically as a way of stating the obvious. For instance, you could say, “‘well, no one was around but you when my stuff went missing, so “go figure.”‘ It implies that you know the other person is responsible, and they should own up to their transgression.

You could also use it when you want to stress that you have no idea how things came to pass in your life or the mechanism behind the situation’s outcome. For instance, “how did that get here? Go figure.” The phrase suits social and professional use when you want to imply something interesting, or you don’t understand what’s happening.