Are you watching a reporter talk about the ‘IDF’ on international news? What is the IDF? This post unpacks the meaning and origin of this acronym.

The acronym ‘IDF’ stands for the ‘Israeli Defense Force.’ צְבָא הַהֲגָנָה לְיִשְׂרָאֵל Tsva ha-Hagana le-Yisra’el, lit. The IDF is the national defense force of Israel, referred to as the Hebrew acronym ‘Tzahal’ (צה״ל). The IDF has three branches: the Israeli Air Force, Israeli Ground Force, and the Israeli Navy.

The IDF is the military wing of the Israeli security state, and it operates without civilian jurisdiction within Israeli borders. The Chief of the General Staff acts as the head of the IDF, and he answers to the Israeli Defense Minister.

The international community has intensely scrutinized the IDF for its actions in the West Bank of Gaza. Many organizations believe the IDF enforces Israel’s brutal ‘apartheid’ state, forcing the Palestinian people from their holy land.

“I watched the IDF launch a special military operation in the West Bank. Their training is amazing, and I’m not surprised they rarely take casualties on these operations.”

“The IDF is one of the best-trained military forces in the world. Soldiers in the IDF are experts in Krav Maga, knife fighting, weapons, and special operations tactics.”

“The IDF is the leading expert in CQB tactics, and they have some of the best operatives in the world. They are the best if you want to train with firearms and learn how to secure a room.”

“The skillset of the IDF is outstanding. I wish our military was as well-trained and badass as the IDF.” 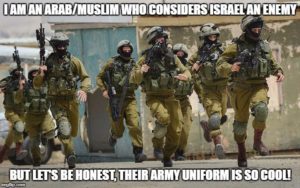 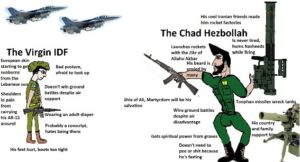 The ‘IDF’ originated from Jewish paramilitary organizations. The Bar-Giora, founded in 1907, transformed into the ‘Hashomer’ in 1909, operating under the ‘British Mandate of Palestine’ in 1920. Originally, Hashomer was formed to protect the public against criminal gangs.

After the 1920 Palestinian riots against Israelis, the Yishuv leadership formed the ‘Haganah.’ This group became the first rendition of the IDF after the Palestinian Arab revolt in 1936, lasting until 1939. The organization consisted of three groups, the Guard Corps, Field Corps, and the Palmach.

Phrases Opposite to IDF

The acronym ‘IDF’ has several meanings, the most popular being ‘Israeli Defense Force.’ The IDF is a controversial military unit, and many reporters claim they are overly forceful with Palestinian nationals living in the West Bank of Gaza in Israel. Using the term to describe any other military force is incorrect.

The IDF is a controversial military force. As a result, speaking of it in a supportive tone around Palestinian people could lead to unrest and arguments or violence. Typically, Israelis and ex-pats support the IDF, while the rest of the world sees them as a militia occupying the Palestinian’s rightful land.