Are you looking for a way to bid someone farewell in a quirky manner? If so, you could tell them goodbye with the phrase “live long and prosper.” This post unpacks the meaning and origin of this saying.

When someone greets you with “live long and prosper,” they are telling you to have a good one, and they’ll catch you later. It’s a “Vulcan” saying out of the Star Trek franchise, popularized by “Dr. Spock.” Today, many “Trekkies” use the saying when they say goodbye to each other.

The saying is somewhat “stiff” language, and it sounds formal. So, using it in a social setting will seem awkward if the other person doesn’t know the Star Trek culture. It also doesn’t suit professional language, despite the formality in the greeting. Telling clients they should live long and prosper might sound good, but they might think it comes off a bit weird.

“Live long and prosper; I’ll see you at the end of all of this.”

“Spock turned to the messenger and said, “Live long and prosper” as he disappeared from sight in the portal.”

“I hope you guys have a great time out there. Live long and prosper.”

“Okay, I’ll see you next week; live long and prosper.” 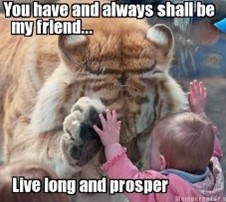 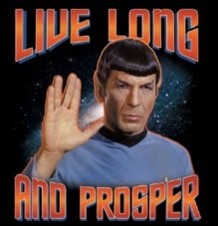 The origin of the saying “live long and prosper” comes from the successful Sci-Fi franchise, “Star Trek.” One of the show’s most iconic characters, “Dr. Spock,” played by Leonard Nimoy, gets the credit for the first use of the saying.

While many people believe that “live long and prosper” is a Vulcan saying (The race to which Spock belongs), it’s actually a rendition of a Jewish blessing. However, Spock gets the credit for bringing it into the mainstream, where it was a popular phrase in the 70s, 80s, and 90s.

Spock would use the saying in the Star Trek Series while making the Vulcan salute. The expression has a similar feel to the Hebrew saying “Shalom aleichem” or the Arabic “Salaam Alaykum,” which translates to “peace be upon you.”

The phrase doesn’t have much use outside of the world of Star Trek fans today. You’ll typically find “Trekkies” using it when greeting each other at events like Comic-Con.

Phrases Opposite to Live Long and Prosper

Some people may use the phrase in professional situations. While the term is a pleasant farewell to someone, its association with the Star Trek franchise might have people looking at you funny. Using the saying outside of friends that enjoy Star Trek as much as you do would likely have people making assumptions about your mental health.

You can use the phrase “live long and prosper” when you’re looking to give someone a blessing when departing from their presence. Typically, Star Trek fans will use it because they absorb the franchise’s culture into their speech. The phrase may appear in everyday language, but it’s not common outside of “Trekkie” use. The saying suits use in social situations, but we wouldn’t use it in professional communications as it may sound kooky.