Are you looking for a way to draw people’s attention to someone or something? If so, you could use “lo and behold” to get them to notice. This post unpacks the meaning and origin of this expression.

The expression “lo and behold” is the shortened version of the full-length term “‘look.’ So, lo and behold!” It’s an exclamation, drawing others’ attention to something or announcing important people or events.

Most people will use the phrase when referring to people. For instance, when someone arrives in a room. The saying can have a positive or negative connotation. It may also serve as a light warning in some contexts.

For example, you could use the phrase to show to your disdain at an employee arriving late for work. Or you could use it to describe your reaction as your wife starts walking down the aisle during your wedding ceremony. You could also use it to tell people that something sinister is on the horizon.

“We were there for two hours waiting for him. As we were about to get up to leave, Lo and behold, he walked through the door with a big smirk on his face.”

“I swear, it took us forever to find it. Just as we were ready to quit the search, lo and behold, there it was right in front of our faces.”

“Lo and behold. Witness the glory and power of the lord and everything he brings forth to the world.”

“Well, well. Lo and behold, here you are. We’ve been looking for you all night, and we find you here in this seedy establishment.”

“Lo and behold, the government decided to give us our freedoms back after stripping away many of our rights. I never expected that to happen.” 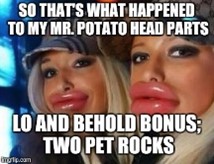 The proverbial expression “lo and behold” originates from the Holy Bible, where it appears in Genesis 15:3 (KJV) as the following version.

“And Abram said, Behold, to me thou hast given no seed: and, lo, one born in my house is mine heir.”

The phrase would undergo many transitions over the years, eventually settling on “lo and behold.” The saying first appears in the modern format in the poem “Beowulf.”

However, the first recorded use of the modern version of the expression in print comes from a letter penned in 1808 letter by Lady Sarah Spencer Lyttelton, Queen Victoria’s lady of the bedchamber.

“Hartington… had just told us how hard he had worked all the morning… when, lo and behold! M. Deshayes himself appeared.”

Phrases Similar to Lo and Behold

Phrases Opposite to Lo and Behold

Some people may use “low and behold” to ask people to commit the act of looking downwards at something. This use of the saying is incorrect and the improper use of the expression. “Low and behold” is an exclaimer meant to draw people’s attention to something expected or unexpected occurring.

You can use the expression “low and behold” when you’re trying to draw people’s attention to an event, a person, or an object. Despite its archaic sound, the phrase suits social and professional use, and it’s part of modern language.

You could say “low and behold” at home when your teenager gets out of bed at noon after a hard party the night before and walks into the room. You could use it at work when a staff member arrives late for their shift. The saying has versatile use and can refer to things of varying importance.