Did someone tell you that they can’t stand blue blood people? What does that mean, and do people have blue blood? This post unpacks the meaning and origin of this expression.

The expression ‘blue blood’ means someone from an elitist family or with a connection to royalty. A blue blood is someone of high stature in society, such as a monarch, like the Queen of England. It refers to the bloodline of aristocratic families.

Usually, a blue blood will have a connection to the elites in society, and they live a life of opulence and wealth. A blue blood has the finest education, and everything in life is handed to them on a silver platter.

“Did you see the Queens Jubilee celebration? It’s so nice to see the blue bloods of England still have support from the loyalists.”

“That TV show, Blue Bloods, is one of the best cop shows I’ve ever seen. The characters are so well planned, and I feel like it’s a great representation of being a police officer.”

“The blue blood elites are a parasitic class. They only hold onto power because of their financial grip on the people. One day, the people will rise.”

“Blue Bloods is one of my favorite TV shows right now. I love Tom Selleck, he’s such a great actor.”

“These blue bloods never worked a day in their life. They’re all born with a silver spoon in their mouth, attend the finest schools and get jobs at daddy’s financial firm.”

“I’m tired of feeling like I don’t add value to society. I work every day to provide for my family, while these blue bloods sit around and do nothing.” 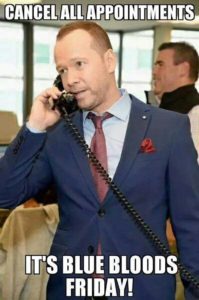 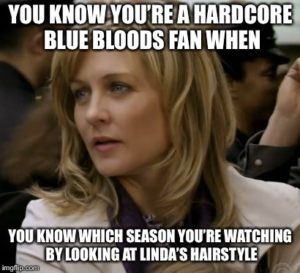 The expression ‘blue bloods’ originates from the Spanish saying ‘sangre azul.’ This designation of the oldest families of Castile refers to a family that claims to have ‘pure blood,’ having never married other races or religions outside of their own.

Typically, the elite or royalty in any society spent their days in the palace or estate. As a result, they had very light skin because they were never in the sun, working the fields. As a result, it was easy to see the blue veins below their skin, leading to the formation of the phrase.

The earliest use of the phrase in print comes from Maria Edgeworth, an Anglo-Irish author in 1834. The expression appears as follows.

“(Someone) from Spain, of high rank and birth, of the sangre azul, the blue blood.”

Phrases Opposite to Blue Blood

The phrase ‘blue bloods’ doesn’t refer to the color of blood. Some people mistakenly believe blood is blue until exposed to oxygen, but this theory is incorrect. It’s also common for people to reference ‘blue bloods’ as cops, due to the popularity of the TV show. However, this use of the term doesn’t define the original meaning of the expression.

You can use the phrase ‘blue bloods’ when referencing people from high society, royalty, or an ‘old money’ background. Blue bloods have a family heritage dating back centuries, positioning them at the peak of society. Typically, blue bloods are ‘spoon-fed’ individuals, and they don’t have any life experience with manual labor or tasks.

Asking blue bloods to complete a manual task will likely have them laugh at you. Blue bloods is suitable for use in professional and social situations. You could use it at work to describe a high-net-worth client, or you could use it with friends to describe someone of societal importance. You can also use blue bloods when referencing a TV show of the same name.