Are you looking for a way to tell someone to start anew? You could use ‘de Novo’ to describe a fresh start. This post unpacks the meaning and origin of the term.

The term ‘De Novo’ originates from Latin. The word translates to ‘anew’ or to ‘start from the beginning.’

The expression is popular in the legal industry, where a ‘de Novo’ trial means that the case must proceed to another court and start from the beginning again.

“We have the option of going for a trial de novo on your case. That might seem like a bad thing, but I think it will work in your favor.”

“The lawyer suggested we pursue a trial de novo with our case. I have no idea what they mean, but they’re the experts, and I will go with their advice.”

“This entire project is moving in the wrong direction. It’s time to bite the bullet and de novo back to the start. Let’s hope we get it right this time.”

“This is de novo, and there’s no way we can continue with how things are going. Pack up, and let’s head back to the start before we get lost.”

“Let’s start over with everything again and go de novo. I’m sure you could agree we could do with a reset on this project.”

“Going forward with the case is a bad move. It’s time to defer it to a de novo case and get a fresh start and perspective on everything.”

If the lawyer says we must start everything again, let’s do it. Will they still charge us for the previous case? I don’t know if we have the budget to do everything again.” 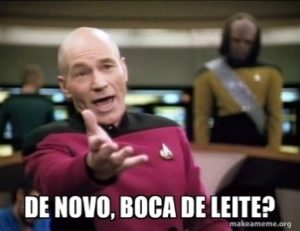 However, there is no evidence suggesting when the phrase first entered legalese or when it was first used in a court of law. Some experts suggest the first use of the term was by the US Supreme Court in Santen v. Tuthill, 265 Va. 492, in 2003.

There is no information on the first use of the term outside the legal industry. However, the first entry of ‘de Novo into the Urban Dictionary is in 2016, referencing starting anew. Or a fresh start or a new beginning.

Phrases Opposite to De Novo

The phrase ‘de Novo does not refer to finishing a task. It means you have to return to the beginning and try again. Using ‘de Novo for any other purpose is incorrect. While it’s a legal term, it has many applications outside the legal industry.

You can use the expression ‘de Novo to say you have to go back to the start or when you want to describe a new beginning. It’s a similar saying to ‘back to the drawing board,’ as you’ll usually say it after experiencing problems with your current course of action. While De Novo is a legal term, it also has use in social and professional settings.

You could use it at work to describe how you messed up with a project or went in the wrong direction, and now it’s time to start over again. Or you could use it with friends when you realize you’ve hiked up the wrong trail and need to head back to the starting point of your excursion.