Are you looking at old footage of a supposed Bigfoot? You could say you’re looking at a ‘cryptid.’

The expression ‘cryptids’ refers to mythical animals existing across the world. Mermaids, the Loch Ness Monster, and Bigfoot are all examples of cryptids.

Each country and civilization has tales of ‘cryptids.’ However, there is no evidence showing they ever existed. As a result, science writes off this branch of zoology, placing it in the category of ‘pseudoscience.’

Cryptozoology reviews anecdotal stories and claims made by people who swear they have seen or interacted with these animals. Biologists are responsible for identifying new species in nature. They use an established methodology to identify and classify these creatures.

However, cryptozoology uses rumor and folklore to classify and understand these mythical creatures.

Cryptids are a popular category of ‘conspiracy theory,’ with people around the world claiming to have seen or interacted with cryptids, like the Loch Ness monster, the Ogopogo, Chupacabra, Mokele-mbembe, and the Jersey Devil.

“I’m a fan of cryptids. You know, those animals like Bigfoot. I love the mystery and cryptic nature of these beasts. They fascinate me.”

“There are thousands of sightings of Bigfoot and the Loch Ness Monster. Some people believe these cryptids are real. However, there is no evidence to show they exist.”

“The Chupacabra is an example of a ‘cryptid.’ These mythical animals are the stuff of legend, but it’s surprising how many people think they’re real.”

“That’s not a bigfoot. It’s a guy in a gorilla suit. I’ll know a real cryptid when I see one.”

“Cryptids are a class of mythical animal found throughout the world. There are dozens of these beasts from the Bigfoot to the Ogopogo.”

“Cryptids are some creepy animals. Can you imagine what it would be like to meet a Bigfoot in the wild? It must be a crazy experience.”

“I believe in cryptids, but my brother calls me crazy. That video by kayakers on a lake in Canada clearly shows an Ogopogo. They’re real to me; I don’t care what anyone says.” 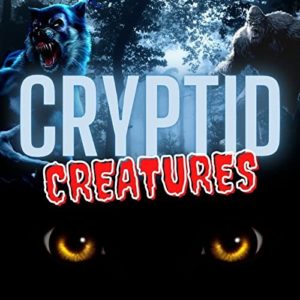 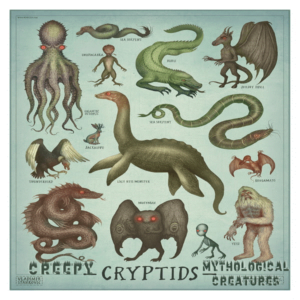 The expression ‘cryptid’ originates from the cryptozoology subculture. The cryptozoologist, J. E. Wall, coined the term in 1983 in an article on the beasts for the ‘International Society of Cryptozoology Newsletter.’

According to J.E Hall, he introduced the term as a euphemism for ‘monster.’ He was tired of people referring to these creatures as monsters, creating the word to formalize cryptozoology and gain credibility in the scientific community.

However, several scholars studied cryptozoologists, noting their influence on science and the global population. Most scientists believe cryptozoology to be pseudoscience associated with ‘Young Earth creationism.’

Phrases Opposite to Cryptid

The word ‘cryptid’ has nothing to do with cryptocurrency. It’s a way of describing a ‘cryptic’ animal, such as ‘bigfoot.’ Using the phrase to describe cryptocurrency markets of fans of the sector is incorrect

You can use the term ‘cryptid’ when discussing mythical beasts, like the Yeti or Loch Ness Monster. These beings supposedly exist worldwide, and there is no evidence supporting they are real. You can use the rm when talking about these creatures online or in verbal exchanges.

A ‘cryptid’ is a beast that usually inspires people to fear the unknown. Typically, you’ll be talking to people who understand cryptids when using the phrase. Some individuals study these animals, but most people won’t know what you’re referring to.