Are you about to post something to Twitter, and do you want to give another user credit? You could use ‘h/t’ as a credit reference. This post unpacks the meaning and origin of this acronym.

The acronym ‘h/t’ stands for ‘hat tip.’ People will use the abbreviation on Twitter when they want to credit a source for information in their post.

By using ‘h/t,’ the Twitter users save characters for their message, with no need to use the extra character in ‘hat tip.’

You can use ‘h/t’ in verbal exchanges, but you’ll say both words. For instance, you could say ‘I give you a hat tip’ to someone for helping you out with a small task or correcting your work.

A ‘hat tip’ was once a greeting and a sign of respect to people. It’s still practiced by older ‘Baby Boomers’ and ‘Gen Xers’ that wear hats. Typically, a man will tip his hat to a woman as a polite courtesy, but the same doesn’t apply to women greeting men.

“I want everyone to know you’re being lied to. Here are the official reports and statistics. As you can clearly see, the data tells a different story from the official party narrative. H/t @anotheruser.”

“Thanks for the save on that one. Hat tip to you, good sir. I appreciate you stepping in like that. If you hadn’t, things might have turned out differently.”

“This is a compilation of the best drone shots of the year. I’ll just leave this year, and you can tell me what you think in the comments. H/t @TheMalibuArtist.”

Thanks for the information. This makes a huge difference. Hat tip to you, sir. You deserve a commendation for putting yourself at risk like this.”

“Getting this information to the public is challenging, but I had some help along the way. H/t @callmeanythingontwitter.” 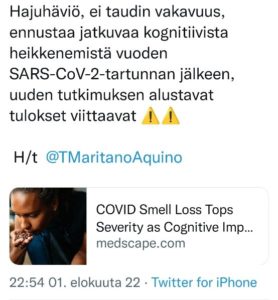 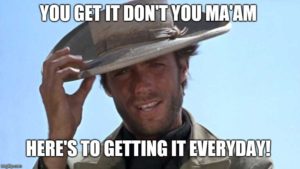 The expression ‘h/t’ originates from the social media platform Twitter. The term started appearing in 2009 as a way to reference other people’s input to tweets. Characters are at a premium in Twitter posts, so abbreviating ‘hat tip’ to h/t’ makes sense when trying to save on space.

The original use of ‘hat tip’ in the verbal and written sense comes from cartoonist Jimmy Hatlo. Hatlo would give his readers a ‘Tip of the Hatlo Hat’ when they contributed ideas for his ‘They’ll Do It Every Time’ comic strips.

‘Thanx and a Tip of the Hatlo Hat’ appears in 1962 as a written credit to his fans.

Phrases Opposite to h/t

You can use the ‘h/t’ acronym on Twitter when posting something and want to reference another user for their input. A ‘hat tip’ is another way of crediting your source, and you’ll usually say it in a positive light of the person. You can also use ‘h/t’ to describe a ‘tip’ given to you by someone else, crediting them for their input.

‘The original term ‘hat tip’ carries the same meaning, and you can use it in social and professional conversations. You can use ‘h/t’ in text messaging if you want to compliment to thank a person for giving you a good idea. However, it’s not a common part of the texting lexicon.