Did someone type ‘gl’ in the chat as you start a game? This post unpacks the meaning and origin of this expression.

The acronym ‘gl’ stands for ‘good luck.’ It’s a way of wishing someone well. It’s common for gamers to use the abbreviation in gaming chats where they want to wish luck to other players or team members.

The acronym ‘gl’ also appears in text messages acting as a farewell statement between friends and family. You can also use it to wish someone luck before attempting something challenging.

The acronym ‘gl’ usually has a positive connotation. However, its use online may have a sarcastic or disgruntled tone, depending on the context of the situation.

“I’m going to the Staples Center to try out for American Idol. I think I have a real shot at it this year. Wish me gl.”

“Yeah, gl with that. If you think you’re going to get anywhere with that girl, you have another thing coming. She’s not interested in dating guys if you get my drift.”

“Okay, we’ll. I’ll see you in a bit then. Let me know what time you’re coin home later and gl.”

“This is all you need to get by out there. A firesteel, a fishing rod, and a tarp. With those items, you have everything you need to warm, feed, and shelter yourself in the wild, gl.”

“I get what you’re saying, and I know you need to give him another chance. I get it. But I think you deserve better, so call me when it doesn’t work out, gl.” 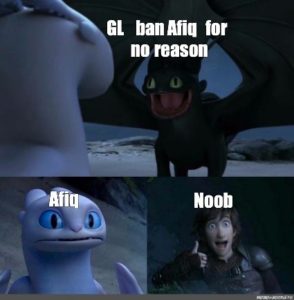 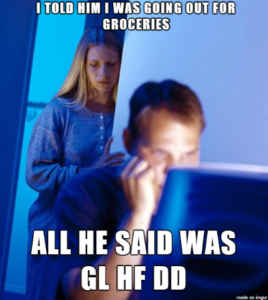 The expression ‘gl’ originates from text messaging. During the early 200s, cellphones only offered ‘SMS’ text messaging. Users had to press the keys on the number pad to access the letter characters for their message. So, typing out a long message using these phones was annoying and frustrating for users. As a result, people started using abbreviations for popular sayings in their text messages.

The acronym ‘gl’ was one of the early abbreviations created exclusively for text messaging. It has no applications outside of messaging or live chat communications. While QWERTY keyboards and predictive text changed texting behavior, popular acronyms like ‘gl’ have widespread use in the gaming community.

In fact, some experts believe the gaming industry is the origin of the abbreviations. Gamers will use the acronym to wish each other well before starting a game. The earliest entry of the term into the Urban Dictionary, with a gaming reference, is in 2003.

Phrases Opposite to gl

The term ‘gl’ is a colloquial abbreviation of ‘good luck.’ It’s not suitable for professional written communications, like emails. Its most common use is in gaming, but some people may use it in text conversations.

You can use the acronym ‘gl’ in text conversations where you want to wish someone ‘[good luck.’ Good luck can serve as an independent farewell greeting, like ‘goodbye,’ or it can be an additional pleasantry used alongside another farewell greeting. For instance, you could say, ‘I’ll catch you later, gl.’ You’ll use ‘gl’ when you wish someone the best or tell them to stay safe.

The term ‘gl’ usually applies to text conversations. It’s a common abbreviation in texting, and most people understand its meaning. You’ll wish someone ‘gl’ when signing off from your text message or in an online chat. Gamers also use the saying frequently to wish each other well before starting a game.