Are you a gamer? You probably have experience with someone in the chat saying they’re an expert at rollback netcode games. What does it mean? This post unpacks everything you need to know about this expression.

The term ‘rollback netcode’ refers to a gaming platform simulating frame inputs without delay. It’s a popular coding method used in first-person shooter games that rely on real-time feedback between players in the gaming environment.

It’s a different style of game coding compared to ‘delay-based’ gaming code, which results in latency between users and lagging gameplay. Rollback netcode games don’t require the platform to wait for inputs from the other signal.

Rollback netcode gaming removes almost all latency between players in the gaming environment. As a result, the gamer gets a seamless, smooth gaming experience compared to the delay-based netcode games.

“I’m tired of playing games that don’t use rollback netcode in their design. It’s just not worth dealing with the lag anymore. I can’t stand it when latency ruins my gaming experience.”

“You need to drop these games and start playing rollback netcode titles. Those games offer you a better in-game experience and a real-time feedback system comparable to other systems.”

“After you play rollback netcode games, you’re never going back. Something about the latency-free gaming experience is intoxicating and addictive.”

“Ever since I started playing rollback netcode games, I get why people say they’re the best titles. The real-time gaming experience and laser-fast feedback in-game is better than anything else on offer.”

“If you’re looking for a new game, make sure you get a rollback netcode title. Those games give you low latency and the best real-time feedback in your gaming experience. Trust me, it’s worth it.”

“Rollback netcode changed gaming for the better. Before those titles, we had to deal with latency, which was a chore.”

“I can’t believe I waited so long to try rollback netcode games. These titles changed my entire gaming experience. The titles’ quick response and low latency is nothing short of amazing.” 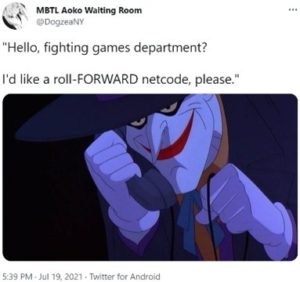 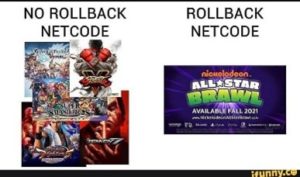 The expression ‘rollback netcode’ refers to the code relaying a state of the game from one player to another during online play. There are two categories of netcode, rollback, and delay-based. Rollback netcode has been the gold standard in ‘First Person Shooter’ titles since the release of Quake 3.

If the game states of players on either side don’t match, this causes ‘desyncing,’ meaning both players see different things on their screens. Once games desynchronize, it results in errors, such as both players losing or winning simultaneously.

Phrases Opposite to Rollback Netcode

Some people may use the phrase ‘rollback netcode’ to describe games that don’t have this feature in their code. It’s common for newcomers to the gaming space to confuse this term and make this mistake.

You can use ‘rollback netcode’ if you’re a gamer discussing specific gaming technology with other gamers online. Rollback netcode games are in higher demand due to the seamless UI/UX they offer the gamer. There is no lag due to latency, and the gamer gets the best real-time experience during gameplay.

It’s a technical term; only gamers will understand what you mean when using it. Therefore, it suits chats on gaming forums, message boards, and discussions where people discuss the technical aspects of gaming and code.