Are you looking for a way to tell a friend that there is no video or photo evidence of them doing something wrong? You could say ‘no face, no case’ to let them know they are clear of any accusation. This post unpacks the meaning and origin of this expression.

The expression ‘no face, no case’ means that unless someone can identify you at the scene of a crime, they have no case against you. It’s a way of saying that without evidence, there is no way to place you at the scene or charge you with a crime.

The term can apply to all types of illegal and naughty activity. It can apply to bank robberies by armed criminals or a child stealing cookies at home. If there is no way to prove the allegations against the person with evidence, then they are not guilty.

The saying is popular on social media and usually refers to events, people, or relationships. It also means that something is low-key or secret and should stay that way.

“Don’t worry about it. No one caught you on camera, and the CCTV was broken. No case, no face. I think you’ll be fine.”

“You know what they say, ‘no face, no case.’ As long as we keep our masks on, there’s no way for them to identify us or track us after the event.”

“No face, no case, fellas. Make sure you avoid areas where there are security cameras and watch for people taking videos of you on their phones. We don’t want to go to jail for this.”

“I spoke to the lawyer, and he told me they need to prove you were there. Since there are no cameras on-site, no face, no case. You’re going to get off scot-free.” 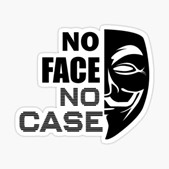 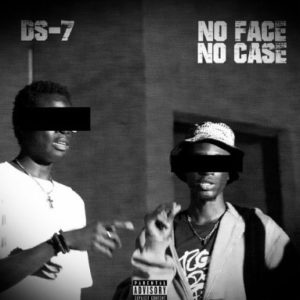 The expression ‘no face, no case’ originates from street slang and hip-hop culture in the 2000s. It was common in hip-hop music, with many artists using it as the title of tracks and albums. However, the phrase became popular after the release of rapper ‘Cardi B’s’ track ‘Up’ in 2021.

The Cardi B track finishes with the rapper saying the following lines.

The phrase was hot online, with many Cardi b fans using it in social media posts online. Today, people use it in song lyrics and referencing Cardi B’s song online.

Phrases Similar to No Face No Case

Phrases Opposite to No Face No Case

Ways People May Say No Face No Case Incorrectly

Some people may use ‘no face, no case’ to refer to someone requiring a facial ID to receive a case containing something. This use of the phrase is incorrect. It refers to someone avoiding identification through facial recognition methods.

Acceptable Ways to Phrase No Face No Case

You can use ‘no face, no case’ when you’re trying to tell someone that if there is no evidence of you in pictures or video or people can’t identify you in a video or image, then they have no case against you, and they can’t charge or accuse you of anything. It’s a social phrase used in conversations between friends.

You can use the phrase ‘no face, no case’ when referring to any form of crime or mischief, from murder to playing a prank on someone. The expression is popular in the hip-hop community, showing gang members’ attitudes to avoiding cameras while committing crimes.