Are you listening to the hit single, ‘Yonaguni’ by Bad Bunny? Do you know what the word means? This post unpacks the meaning and origin of this pop music hit.

The expression ‘Yonguni’ comes from the pen of rapper ‘Bad Bunny.’ His 2021 track of the same name features the artist singing about how the love of his life moves to the island nation, far away from him.

It’s a tale of sadness, depression, longing for the other person in your life, and the hopelessness felt by being to do nothing about it.

In the song, fans assume that Bad Bunny is referring to the remote island nation of ‘Yonguni,’ situated off the coastlines of Taiwan and Japan. They form part of the island chain of Okinawa, and it is one of the most remote places in the world.

“Oh, my baby, I wish you were here right now. Yonaguni is how I feel right now, and I can’t stand to be here without you.”

“Yonaguni, my baby. It means we’re both experiencing the heartbreak of you leaving the country. I hope one day that we will reunite with each other.”

“Have you heard that new track by Bad Bunny, ‘Yonaguni?’ It’s pretty sick. I love how that guy raps about emotional topics.”

“My girlfriend loves that new track ‘Yonaguni’ by Bad Bunny. I asked her what it was about, and she said it was about some guy losing his girl to a faraway land. Kinda weird if you ask me.”

“That Yonaguni track by Bad bunny was off the charts! I thought he was done, but he keeps releasing the classics. That’s my boy. And he’s dominating the industry right now.”

“Bad Bunny has to be one of the hottest international artists right now. That track, ‘Yonaguni,’ was one of the dopest releases of last year.”

“Bad bunny makes chick music. He’s always moaning about something a girl is doing wrong in his life. My girlfriend loves that nonsense.” 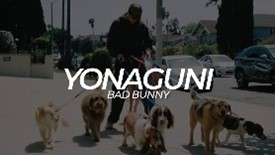 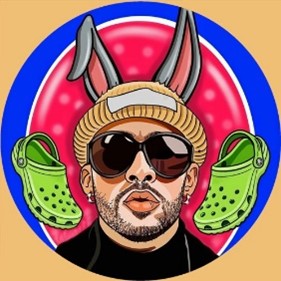 The expression ‘Yonaguni’ originates from two places. The first is the name of an island nation of the coats of Taiwan and Okinawa. However, that’s not the more common use of the term online.

“Yonaguni’ is the name of a hit track released by the rapper Bad Bunny. The track debuted in June 2021, becoming the first Spanish track to reach the number one spot on the U.S. Billboard 200. The album ‘El Ultimo Tour del Mundo’ contained four singles, including ‘Yonaguni.’

The song is also in music video format, with scenes of Bad Bunny eating sushi alone, getting a tattoo, and attending a party. Bad Bunny does refer to the small island off the west coast of Japan during the song. Some fans say it represents the faraway land where his lover moved.

Phrases Opposite to Yonaguni

Some people may use the phrase to reference the small island nation off the coast of Taiwan and Okinawa. While this is a correct word, it’s not the more common definition online. The popular meaning of ‘Yonaguni’ refers to the song by the rapper Bad Bunny.

You can use the term ‘Yonaguni’ when referring to the song of the same name by the rapper Bad Bunny or the island nation off the coast of Okinawa. However, it’s more common for people to use the term relating to Bad Bunny’s influence on the word in recent years.

You can use the term ‘Yonaguni’ when referencing a girl that broke your heart by moving far away from you. It’s a term that applies to hetero and homosexual relationships. It’s a way of telling your partner that you miss them and wish they were here.