Are you a fan of the rapper ‘Lil Baby’ and his music? Are you down with ‘4PF’ and the homies? This post unpacks everything you need to know about this acronym’s meaning and origin.

The acronym ‘4PF‘ stands for ‘Four Pockets Full.’ It’s the personal motto and brand of rapper ‘Lil Baby,’ one of the industry’s biggest stars. Lil baby comes from humble beginnings in the Atlanta rap scene, pushing his unique style of music.

The rapper states that ‘4PF‘ is his personal motto and how he views life. He says he never wants to go back to living in poverty and intends to secure financial freedom through his music. Adam 22 from the ‘No Jumper’ podcast interviewed Lil baby in 2021. He called the rapper one of the biggest and most underrated stars in the hip-hop game.

“Damn, son, you be stacking that paper to the roof. You out here doing your thing, respect. Can you get a brother in on that? C’mon homie, 4PF for life, you know?”

“That rapper ‘Lil Baby’ is so hot right now. His tracks are all over the radio, and he’s the man in charge of the hip-hop scene. 4PF for life, son. You know how we do.”

“Lil Baby is the hottest rapper in the game right now. His 4PF crew is dope, and I dig their taste in jewelry, even if it is all fake. I heard you can buy it at Walmart.”

“It amazes me how rappers like to flaunt their wealth, but you can buy 4PF jewelry at Walmart for less than a hundred bucks. It’s ridiculous.”

“Every rapper gotta have a chain, man. If you wanna be like Lil Baby and his crew, you can just buy the 4PF fake stuff on Amazon or Walmart and act like you hard.”

“Lil Baby is such a joke. Everyone’s claiming he’s the most talented rapper in the game. I can’t stand that southern Atlanta 4PF rap sound; it’s totally whack.”

“Why’s everyone hating on Lil Baby? He’s the greatest rapper of all time. 4PF for life, son!” 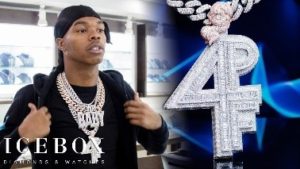 The expression ‘4PF’ originates from the rapper ‘Lil Baby.’ Lil baby visited the legendary Atlanta celebrity jeweler ‘Icebox Diamonds & Watches’ in 2020, spending money on seven chains for the peeps in his crew.

The chains feature the rapper’s brand insignia ‘4PF,’ which showcases his approach to living life. Lil Baby has a habit of flaunting his wealth in the media. His 2018 appearance on the web series ‘On the Rocks’ by GQ had the rapper flex his wealth by showing off $500,000 in diamonds and jewelry.

However, the rapper experienced controversy when fans discovered fake versions of the ‘4PF’ chain selling on Amazon and Walmart for less than $75. Lil Baby ended up in a case against Walmart in an attempt to get them to remove the listing from their online marketplace.

Phrases Opposite to 4PF

The acronym ‘4PF’ stands for ‘Four pockets full.’ Using it as a reference to any other term is incorrect. The abbreviation is the slogan of rapper Lil Baby, and attributing it to any other rapper is incorrect.

You can use the acronym ‘4PF’ when talking about Lil Baby and his 4PF crew. It’s the rapper’s signature slogan, meaning ‘4 Pockets Full.’ It signifies the rapper’s approach to his life and his motivation for being rich.

It suits social media use when discussing the rapper, and fans can use it in text messages and social media posts as a hashtag or a reference to the 4PF lifestyle inspired by Lil Baby. You can also use the acronym when referring to the jewelry scandal concerning Lil Baby and the fake jewelry available on Amazon and Walmart.