Are you looking for a word to describe a movie over-hyped by the media? If it failed to meet your expectations, you could say it’s ‘overrated.’

The expression ‘overrated‘ means something is over-hyped in media or others. It fails to meet your high expectations or has more social appeal than it deserves.

If something is overrated, it means that you were expecting good things from it, but it failed to deliver on its promises.

Being ‘overrated‘ means you don’t live up to your reputation or fail to perform as promised. Your new car could be overrated in a review and not live up to the hype when you take it out on the road. Or, the new studio album from your favorite artist could be overrated by media personalities. But it fails to meet your expectations when you play it, and it sounds like trash.

“I went to the cinema to watch ‘Maverick.’ I thought it was totally overrated. Tom Cruise looks like an idiot wearing two inches of makeup, and they didn’t even use the F-35 in the movie.”

“The new computer system at work is overrated. They promised us something to make work easier, not add work to our day.”

“Working in an office is overrated. I love working from home. I can take a break where I need it, and I don’t have a manager breathing down my neck.”

“Let’s get out of here. This seminar is overrated. It’s nothing but fake gurus trying to sell courses that offer you no value in life. Let’s get away from these con artists.” 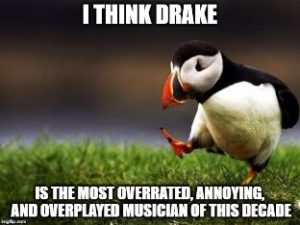 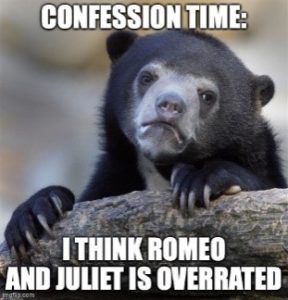 The expression ‘overrated’ has unknown origins. Language experts cannot pinpoint the first use of the term in English or who coined the term.

However, some believe it originates from Old English in the 15th century, meaning ‘estimated value or worth, proportional estimation according to some standard; monetary amount; a proportional part.’

This traces back to Old French’ rate,’ meaning ‘price or value,’ which comes from the Medieval Latin’ rata’ (pars) ‘fixed’ (amount), and the Latin’ rata,’ meaning ‘fixed or settled.’

Some language experts believe the phrase experienced a rebirth in media thanks to the cultural explosion in the 1960s. People started using ‘overrated’ to describe media like music and films in the 1970s.

Phrases Opposite to Overrated

The term ‘overrated’ only uses one ‘t’ in the word, but many people misspell it with two t’s. If you’re saying something is overrated, you mean that it doesn’t live up to the hype. It doesn’t refer to something that performs better than something else.