Did someone just ask you if you’re serious after sending them an outlandish request? If so, you could reply with ‘jp’ to let them know you’re joking around.

You’ll use ‘jp’ when trolling other people to indicate your previous statement was intended to be a joke and not taken seriously. The term ‘jp’ is similar to others like ‘jk’ (just kidding / just joking). When you use ‘jp,’ you’re asking the person not to take offense at what you just said.

“Relax, girl, jp. I didn’t mean to get you all upset over this. There’s no reason to report me to the authorities for that, just chill for a minute and clam down.”

“Aw, c’mon. You know I was just playing with that. Don’t get so butthurt at what other people say to you. You need to learn to stand up for yourself.”

“I told her I was jp, but she didn’t like that very much. Now I’m going to have to do damage control all weekend. That’s the last time I take advice from you guys.”

“I’m sorry, I was jp. There’s no reason for you to get this upset over something as insignificant as that. Just breathe deep and control yourself.”

“Chill out. I was jp. I’m sorry you feel that way, but there’s nothing I can do to change things or how it worked out. We’re in this together now.” 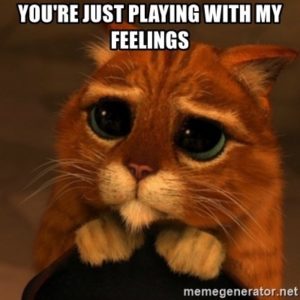 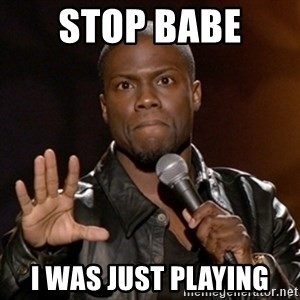 The expression ‘just playin’ originates from hip-hop street slang in the 1980s. During the 80s and 90s, the hip-hop community would introduce many new slang terms to the English lexicon. While these terms originally started in urban centers like NYC and LA, they spread throughout the world with the rise in popularity of hip-hop music during the 2000s and 2010s.

The introduction of the cellphone and text messaging in late 1990 led to users communicating through instant messaging ‘SMS’ services. However, since users would type messages using the number keypad, it would result in frustration, wasted time, and unnecessary effort when typing a message.

So, users started introducing abbreviations and acronyms for commonly used terms and phrases in text messages. Instead of having to type ‘on my momma,’ the short version ‘omm’ conveys the message without the need to type more letters.

Phrases Opposite to jp

The acronym ‘jp’ is not suitable for professional communications like emails. Typically, when you’re using the saying in verbal exchanges, you’ll use the words, not the abbreviation. In most cases, people use ‘jp’ in lower case. When using it in the upper case version, it emphasizes the term. It’s similar to shouting at a person in a face-to-face conversation.

You can use the acronym ‘jp’ in social text message conversations. You would typically use it after making an outlandish statement to someone or use it to calm them down after you say something inflammatory. By using ‘jp,’ you’re trying to tell them you’re ‘just kidding,’ and they shouldn’t take you seriously. It’s similar to telling someone you’re just playing around and only joking.

The acronym ‘jp’ has no use in verbal exchanges. You’ll only use the term in text messages, online gaming chatrooms like Twitch, and message boards like Reddit. It’s a well-understood abbreviation, and most people will understand what you mean when using ‘jp.’