Did your friend just text you ‘omm’ after trying to convince you of their innocence? This post unpacks the meaning and origin of this expression.

The text-based acronym ‘omm’ means ‘on my momma.‘ It’s a short version of ‘on my momma’s life’ and means that you want someone to believe your claim or the information you’re telling them. You’ll use ‘omm’ in text message applications when trying to validate your statements and declarations and explain to the other person that you’re telling the truth.

‘On my momma’ is similar to other slang sayings like ‘on my mother’s grave,’ ‘on my life,’ or ‘I swear to God.’ It’s a way to convince people that you’re telling the truth and they should trust you. Since most people value their relationship with their mother, we assume they wouldn’t want anything bad to happen to her.

“On my momma doe, can a brother get a little action around here? What do we have to do to get some service up in this piece?”

“My man, omm, why would I try to deceive you? You’re my homie, and we’ve known each other for twenty years. I’m not lying to you when I tell you it doesn’t go down like that.”

“Omm, this is the best cup of coffee in New York. I swear, no other barista knows how to make it like these guys.”

“There’s no need to go checking up on me. Listen, omm, I’m not doing anything illegal. I just can’t talk about it with y’all right now, alright?”

“I swear, omm, we were there until midnight, and we all left in the same car. There’s no way any of us could be responsible for that.”

“Omm, I don’t have a clue what you mean. What are you talking about? It all sounds like Greek to me.” 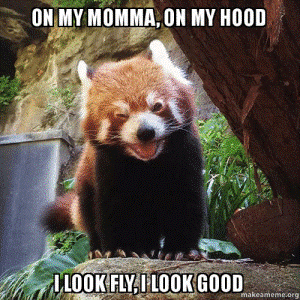 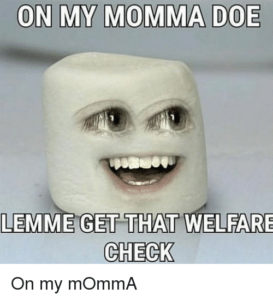 The expression ‘omm’ originates from 1980s street culture in New York City. African-American cultures would use the term to impress how they were being truthful with the claims they made to others. The phrase was popular throughout the 1990s and 2000s, appearing in media like movies and TV series.

However, the text version of ‘on my momma,’ ‘omm,’ appeared sometime around 2010. Text abbreviations are common in the world of text messaging. Users use abbreviations and acronyms to reduce the amount of typing in a message.

“Omm” is a universally understood text acronym popular in hip-hop street slang and the African-American community. However, language experts cannot pinpoint when the texting acronym first appeared in media or who coined the term.

Phrases Opposite to omm

The acronym ‘omm’ doesn’t suit professional communications, such as emails. You’ll only use ‘omm’ in texting and use the entire phrase ‘on my momma’ in verbal exchanges. The term doesn’t refer to physically placing anything on your momma. It means that you stake your reputation on your claim.

You can use the acronym ‘omm’ in text communications with friends. Typically, ‘omm’ is suitable for text messaging, and it’s also applicable in gaming chats on Twitch and message boards like Reddit. Most of the time, you’ll be typing it in lower case. Typing ‘OMM’ means you place extra emphasis on what you’re saying.

The term ‘omm’ is a niche street slang originating in hip-hop. Therefore, someone would have to be aware of street language and culture if they want to get the gist of what you’re saying. By saying that you stake the truth or your reputation on your momma, you’re trying to convince the other person that what you’re saying is the truth.