Did a friend just send you a funny meme in a text message? You could reply with ‘lmbo’ to show them you think it’s amusing. This post unpacks the meaning and origin of this text acronym.

The acronym ‘lmbo’ is an internet abbreviation for ‘laughing my butt off.’ It’s a similar acronym to ‘lmao,’ ‘laughing my ass off.’ However, ‘lmbo’ is the lesser-used version of the two. ‘Lmbo’ has several alternate meanings, including ‘laughing my balls off.’ There’s also an expletive version ‘lmfbo.’

The acronym ‘lmbo’ can appear in lower or upper case, depending on the user and their texting style. Typically, when using the abbreviation in all caps, you’re placing further emphasis on the acronym.

“That’s so funny. I’m literally lmbo right now. That’s the funniest thing I’ve seen all week. You should be a comedian.”

“That new special by Andrew Shultz is hilarious. The way he opened, I was lmbo. It was a great show, and I can see why Amazon wanted him to change some of the content.”

“The new Bill Burr special, ‘Live at Red Rocks,’ is great. I was lmbo the whole way through it. He’s an amazing storyteller and a funny guy.”

“That last meme was great. I’m ‘lmbo’ at it. You have such talent for creating these things. If only there was a way you could make money from it.”

“I’m still lmbo at the joke. That was an instant classic and one of the best pieces of original comedy I’ve ever heard.”

“Lmbo. That’s funny. I like how you can lighten a depressing situation and turn it into something humorous. It’s a great talent.” 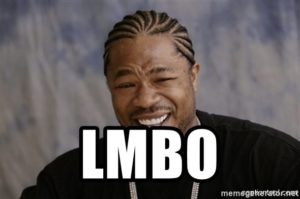 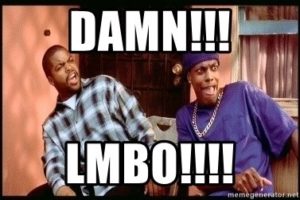 The acronym ‘lmbo’ originates from text-based abbreviations and acronyms created in the late 1990s and early 2000s. During the early days of cellphone technology, people would type ‘SMS’ text messages to friends using the number keypad. However, they would have to select each character individually, pressing the number key several times to land on the right letter.

So, out of frustration with typing long messages, people started abbreviating common terms used in texting. The abbreviation stuck with us long after the invention of the iPhone and QWERTY keyboards. The acronym ‘lmbo’ is less popular than the more common ‘lmao,’ but it’s still in use in the modern texting lexicon.

The first entry of ‘lmbo’ in the Urban Dictionary is in 2003. The more expletive version’ lmfbo’ first appeared in 2003, not shortly after the appearance of ‘lmbo.’

Phrases Opposite to lmbo

The acronym ‘lmbo’ is unsuitable for professional communications, like emails. It’s a slang abbreviation and is only suitable for informal conversations. It’s common for men and boys to use the ‘laughing my balls off’ version of the phrase, while women will use ‘laughing my butt off.’ If something makes you write ‘lmbo’ in a message, it’s very funny, not mildly amusing.

The acronym ‘lmbo’ is suitable for text-based communications. It’s a reactionary statement you make to someone saying something funny or humorous. Typically, ‘lmbo’ is less common than ‘lmao.’ However, it’s a well-understood text acronym in Gen X, Millennial, and Gen Z demographics.

You’ll use ‘lmbo’ when reacting to something very funny. It’s a way of responding to a friend to tell them you find their comment funny. The phrase suits use in private or group chats in messaging apps. It’s also commonly used as a reply in chatrooms and message boards like Reddit.