Are you chatting with a friend over text? If you say something funny, they might reply with the emoji “XD,” but what does it mean?

This post unpacks the meaning and origin of this popular emoji.

“XD” is one of the original sets of “emojis” released in the early 2000s. You’ll use the emoji when you’re typing on an old phone that doesn’t support emojis or typing an email or other form of written communication.

The emoji “XD” is useful for showing excitement, hard laughter, surprise, or humorous reactions to what other people say to you in a message. The “D” in the emoji signifies an open mouth, and the “X” refers to the eyes being closed shut from laughing so much.

While the “XD” emoji is still in use today, most people use the facial expression emoji found in their phone messaging app to reference the term, as it takes less time to write it out. (Yes, one-click does seem to make a difference in this case).

The emoji suits a comprehensive reference of terms, including “LOL” or “laugh out loud,” and it’s also a way of showing someone that you find what they have to say edgy and innovative. Some people use the original format of the emoji, and they also spell it out phonetically.

Chat 1: “Did you watch that new Chapelle special? I almost cried when he was talking about the Catholic Church. It was rough but kind of funny.”

Text 1: “Look at this clip of the cyclist getting smashed by the wave as they ride along the pier.”

Message 1: “It was so funny when the toddler reacted with surprise to their dad dressed up as a monster for Halloween.” 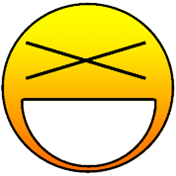 The origin of the emoji “XD” traces back to the early days of texting in the 2000s, before the release of smartphones and messaging apps like WhatsApp. In the early days of texting, people used characters to describe their feelings. For instance, if you were trying to show someone your approval of their text, you could reply with 🙂 or 😉 to show them that you agree, without writing out a confirmation statement.

“XD” is an emoji that defines delightful surprise and hard laughter at what people say in a text. It was part of the original set of emojis occurring before the smartphone era and was popular among users of the AIM platform.

The earliest mention of the “XD” emoji appeared in the Urban Dictionary in early 2003. In late 2003, a user would add the phonetic spelling of the “XD,” emoji, and people would start using it in chats, and ever since then, it has been part of our texting culture.

Phrases Opposite to XD

Some people may use the emoji incorrectly to express disgust or a bad reaction to someone’s post in the chat or a text message. The emoji also only suits online use, and there is no way of using it in real-life conversations with other people. In physical engagements, you will be laughing, not using emojis.

You can use “XD” or the emoji in text and chats. The emote suits use when you’re trying to express a laugh, snigger, or smile at something funny or ironic. The phrase is only suitable for online use when describing your reaction to something someone else posts in the chat or a text message.