Are you looking for a word to describe something small and adorable? You could say it’s ‘smol.’ This post unpacks the meaning and origin of this expression.

The expression ‘smol’ means something tiny and cute. It describes that feeling you get when you see something small and vulnerable, like a newborn puppy, and you just want to cuddle it.

In most cases, ‘smol’ describes a puppy, but it can also refer to kittens and other small, cuddly animals. ‘Smol bean’ represents a person that’s short or petite in stature but beautiful or handsome. You can use ‘Smol bean’ to refer to men or women.

“Aw, look at that smol pupper napping in his basket. If that isn’t the cutest thing ever. I wish I could take him home with me.”

“It’s so smol! Look at how cute it is. I never thought I’d see anything that adorable in my entire life. What a cutie.”

“I can’t stand going to puppy farms. Seeing all the puppers without homes is heartbreaking. I just want to take them home with me. They’re so smol.”

“Your puppy is so cute. He’s so smol. I love how he just sleeps all the time. At least he’s not over-energetic and crazy yet.”

Look at this kitty! She’s so smol! Aww, she’s so cute, and I wish I could take her home with me.” 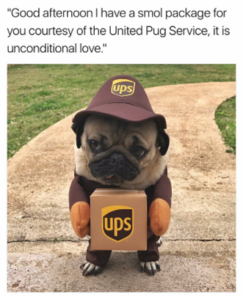 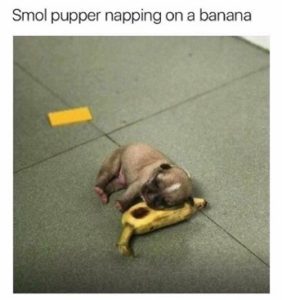 The expression ‘smol’ originates from the social media platform Twitter in 2008. The first use of the term was in a dark humor post on Twitter, where it appears as ‘smol children.’ However, it would experience a rebirth in 2010 as part of ‘doggolingo.’

Doggolingo is a term defining slang words surrounding dogs and other lovable animals. The online cultural site ‘BuzzFeed’ was the first to use the phrase in mainstream media. The website published an article titled, ‘20 Baby Animals Who Are Too Smol’ in 2015.

The term ‘smol bean’ first appeared in March 2015 on Twitter. The expression would go on to gain traction on other sites like Tumblr, with users using the term to refer to their favorite celebrities, notably ‘Tyler Joseph,’ the lead vocalist of ‘Twenty One Pilots.’

Joseph coined his nickname by tweeting  ‘i am a bean’ to his fans.

Phrases Opposite to Smol

The term ‘smol’ doesn’t suit professional communications. Typically, something ‘smol’ is tiny or very small. For instance, a newborn puppy is ‘smo0l,’ but a six-month-old puppy, while cute, is no longer ‘smol.’

You can use the term ‘smol’ when referring to anything small and cute. It’s a well-understood term online, featured in videos and memes describing small cute animals. ‘Smol’ suits social conversations and communications, and it’s a popular term in texting and on message boards like Reddit and 4Chan. There is a viral video trend on TikTok for ‘smol.’

The term ‘smol’ suits use with friends and family. For instance, you could text your friend a picture of a newborn puppy and use ‘smol’ in the caption to describe your reaction. Typically, the phrase refers to small, cute animals, but it can also apply to inanimate objects. For instance, a miniature statue of something you find cute.