Did a friend text you ‘ttys‘ at the end of a message? This post unpacks the meaning and origin of this acronym.

The acronym ‘ttys‘ is an abbreviation of ‘talk to you soon.‘ You’ll use it when signing off a text message to a friend. It means that you’ll talk to them soon, and you’ll usually be saying it to someone you speak with often.

You can use ‘ttys’ when you suddenly have to sign off from a text conversation and want to let the other person know you’ll get back to them shortly. Some people use ‘ttyl‘ (talk to you later) instead of ‘ttys,’ but ‘ttys‘ remains the more popular variant.

Typically, you’ll use the acronym when you want to let the person know you’ll speak to them in a day or two. However, it can also mean that you’ll reconnect with them in a few hours

“It was great speaking with you. It’s been ages since we got together last. Let’s do this more often, call me anytime you want. Ttys.”

“I’m waiting for you at Starbucks. I just got here, and traffic’s a mess. Take your time getting here, and avoid parking on the main road; it’s busy. Ttys”

“Are you meeting with us this afternoon? We’ll be at the vegan restaurant on the corner. I’ll probably be there for a few hours. Ttys.”

“I’m just on my way back from the restaurant now. I got those wings you like, they were on special. Ttys.”

“I know you’re busy. Thanks for waiting for me. I just pulled into the parking lot right now. Ttys.”

“It was great having you and Kim around for the evening. We enjoyed the company. Ttys.” 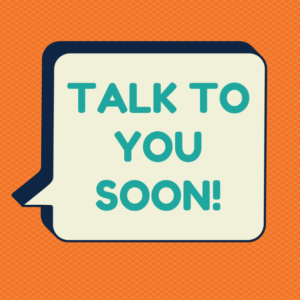 The acronym ‘ttys’ originates from text-based communications in the early 2000s. Before Steve Jobs invented the iPhone and QWERTY keyboards for smartphones, people had to type messages using the number keypad on their phones. It was a hassle, and the user had to press a button several times to select their required character for the message.

As a result of the frustration involved with typing long messages, people started using acronyms and abbreviations for their favorite sayings. For instance, LOL was one of the first abbreviations, meaning ‘laugh out loud.’ ‘ttys’ is another example of a popular acronym used in text messaging, allowing users to save time typing.

These acronyms remained popular with users, even after the invention of predictive text and QWERTY keyboards. ‘ttys’ is a common acronym, and it’s still used in text-based conversations today.

Phrases Opposite to TTYS

You won’t use ‘ttys’ in professional communications, such as emails. It’s an abbreviation used in personal text messages only.

You can use the acronym ‘ttys’ in text-based communications between friends. You’ll use ‘ttys’ with people close to you after signing off from a text message chat. You could use it when speaking to your parents, siblings, relatives, and friends.

There is no official guideline on time between conversations when using ‘talk to you soon’ as a closing statement in a conversation.