Did someone tell you they enjoy watching ‘BL‘ Anime content? This post unpacks the meaning and origin of this expression.

Since ‘BL‘ videos are Anime, no innocent children are being exploited in the videos. However, many liken it to a grooming tool for male sexual predators. BL is also an acronym for ‘Boy love’ in Thailand, which describes the pop culture scene around young boys.

It can also describe a young boy exhibiting homosexual behavior. In Japanese, ‘BL‘ is a modern term for ‘Shounenai,’ meaning ‘Boy love.’ BL is often in replacement for the Japanese word ‘yaoi,’, especially in manga and Anime. If Anime content falls under the BL category, it likely has references to homosexual behavior between men and boys.

“I think he has a case of ‘boy love.’ He can’t stop watching the BL videos by Thai boys on TikTok and YouTube.”

“I have a case of boy love. My BL is so bad that I Have every single BL manga title ever made. I think it’s a bit of an unhealthy obsession.”

“I don’t like the BL category of Anime. It’s weird. However, if you visit an anime site, you’ll see it’s one of the most popular niches.” 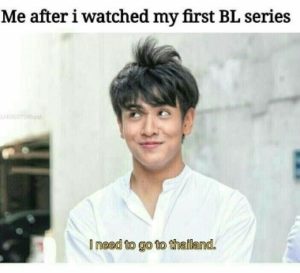 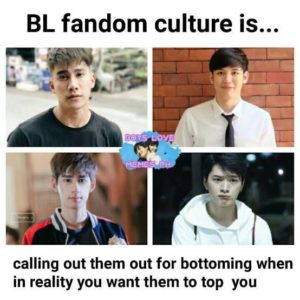 The acronym ‘BL’ originates from the Anime industry. It’s a popular niche of manga content, first available in the late 1990s. This Anime niche developed a cult following by the mid-2000s, with the first entry of the term into the Urban dictionary in January 2004.

Phrases Opposite to BL

Some people on social media may use ‘BL’ to describe boy love by older men for young boys. However, while the term has a sexual reference, it’s more common for people to use it in reference to young pop stars in Thai and Japanese pop culture and Anime.

You can use the acronym ‘BL’ when describing ‘boy love’ in Thailand or Japan. It’s a popular subculture in Anime and pop-music culture throughout Japan and Thailand. You can use ‘boy love’ in social situations. Typically, ‘boy love’ is referred to in a sexual context on social media. It describes an older man who loves young boys, which some people may view as a form of pedophilia.

You can use ‘boy love’ when describing someone’s obsession with boy love content online. The expression could mean they are gay or they have a fetish for the sort of content. If you say someone has a case of ‘boy love,’ you’re inferring that they might be gay. Men and women can experience ‘boy love,’ but it’s more common to have a homosexual connotation.