Are you looking at a teen boy with black hair, piercings, and makeup? If so, you’re staring at an “alt boy.” This post unpacks the meaning and origin of this moniker.

Alt boys are a subculture found on the Tik Tok social media platform. An “alt boy” is a teenage boy that fashions themselves as a rebel against societal norms. They often mock people they describe as “normies,” meaning people that have no attribution to a group or subculture and are just happy getting on with life.

However, these “alt boys” don’t realize that they are falling into a stereotype, which is what they are trying to avoid with their behavior.

An “alt boy” has a similar look to the “goths” of the 80s and 90s and the “emo kids” of the 2000s. They all have dark hair with colored highlights piercings, and they use mascara to give their eyes a sunken look as if they are stressed or spent hours crying.

“Look at that guy over there; he’s the modern version of goth. What an alt boy.”

“These alt boys are doing everything they can to look unique, but they don’t realize they are just following a trend.”

“That alt boy is irritating; he’s always acting depressed when he has nothing to be depressed about in his life. He’s the son of a millionaire.”

“Alt boys are annoying, always whining about stuff that has no importance in life. I’m tired of watching them play the victim all the time.” 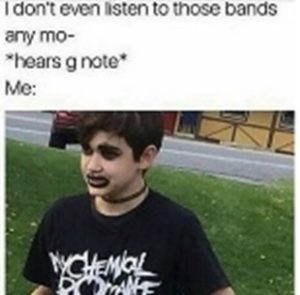 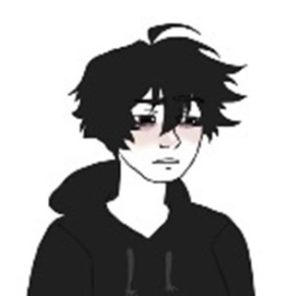 The term “alt boy” originates from the 2000s, where society would refer to teens dressing all in back, with long hair, pale skin, and piercings as “emo kids.” These kids would also wear eyeliner or mascara to make their eyes appear dark, and they were the progression of “goth” culture.

Typically, these “emo kids” would fall into the stereotype of being depressed and apathetic, and they would listen to “emo” or “goth” music. This subculture would protest against stereotypes and “normies,” but ironically, would become what they were rebelling against, nothing more than a stereotype.

The term “emo boy” or “emo kid” would see a change to “alt boy” after 2016 and the popularization of the “Tik Tok” social media app. Today, an “alt boy” defines the same look of an “emo boy,” and they bear the same characteristics as “emo kids,” having dark hair with a long fringe and short back and sides, sometimes with red, purple, or white colors dyed into their hair on the fringe.

“Alt boys” are a popular subculture in Tik Tok, and some of them have huge followings. Most of the videos featuring these boys would have them complaining about life and society’s “cookie-cutter” aspects. However, like the original emo kids, “alt boys” mostly don’t realize they fall into a stereotype and have all the same characteristics as the people they love to hate.

Phrases Opposite to Alt Boy

The phrase describes an “emo boy” that’s part of the emo subculture. Using the term to describe someone that is “alt-right” is the incorrect use of the phrase.

You can use the term “alt boy” when describing a boy or young man with the features of an “emo kid.” They’ll typically have long black hair, pale skin, facial piercing in the nose or lips, and a sullen attitude. The phrase is also interchangeable with “emo boy.”