Are you scrolling through Tik Tok, and an influencer says, “can I get a Hoya?” in a video? What does it mean? This post unpacks everything you need to know about the origin and meaning of this idiom.

Can I get a Hoya Meaning

“Can I get a hoya?” is popular slang found on social media platforms. Influencers from Instagram and Tik Tok frequently use this phrase to engage their fans in their streams.

Can I get a hoya? Means “Can I get a hell yeah?” or “Can I get a shout out from my homies?” There are several interpretations around the meaning of “hoya,” but they all suggest that the hoya refers to a yell or shout or a “whoop.”

Can I get a Hoya Example Usage

Streamer one: “We just out here dominating this piece right now. Can I get a hoya?”

Streamer two: “We’re doing this Popeyes chicken sandwich right now. Can I get a hoya?”

Streamer three: “Can I get a hoya for this kill right here?”

Streamer four: “Can I get a hoya for this win, people?” 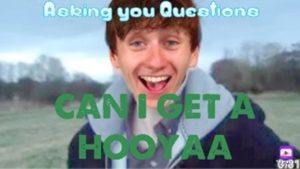 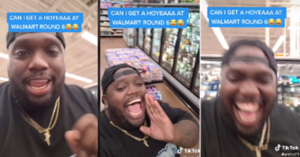 Can I get a Hoya Origin

No one knows the exact origin of the phrase, “can I get a hoya!?” Since the phrase is a request for a cheer, many people think it might have a connection to the US military. SEAL teams and marines would use the term “Hooyah!” to respond to their drill instructors’ commands with a show of enthusiasm.

The phrase became popular in modern culture through the use of “hooyah” in Hollywood films in the 80s and 90s. As Hollywood influenced culture, it’s thought that hip hop street culture and language picked up the word, using it as a request to ask for a shout out.

Other suggestions for the origins of the phrase come from professional wrestling. A wrestler, Steve Austin, would ask the crowd, “can I get a hell yeah?”

While the origin of the phrase is under dispute, we can safely say that Instagram user Alissa Violet gets the credit for the modern adaptation and popularization of the saying. Alissa would use the phrase in 2011, using it in her videos to ask her fans to give her a shoutout and hit the like button.

The phrase became a huge hit with younger generations of all ethnicities. The saying still has a use in language some 10-years later, and there are dozens of influencers on social media platforms that use the phrase in their videos.

The Urban Dictionary defined the term in 2017.

Phrases Similar to Can I get a Hoya

Phrases Opposite to Can I get a Hoya

Ways People May Say Can I get a Hoya Incorrectly

Acceptable Ways to Phrase Can I get a Hoya

You can use “can I get a hoya?” when you’re streaming live on Instagram or Tik Tok, and you want to get a rise out of your audience to drive more engagement on your videos. It’s a request inducing a reactionary response, and enthusiastic followers will likely respond to your request. However, you have to remember to use it in the right setting and context. “Can I get a hoya?” is street slang, and using it in the wrong context could look silly.