Did someone just tell you to stop malding? Maybe they’re pointing at a guy yelling at the cashier and telling you that the guy is “mald.” What does this mean? This post unpacks everything you need to know about the meaning and origin of this idiomatic expression.

The word “malding” is a combination of the words “balding and Man.” Together Man + Balding = “Malding.” The phrase describes an angry, middle-aged man that’s ready to explode in anger at someone or something.

There are several memes of this word, with all of them showing a middle-aged man with a grimace on his face and red background to symbolize his anger. The meme has a similar characteristic to the Karen meme describing an angry woman.

The man in the picture usually suffers from “male pattern baldness” and the stereotype of low hormone output, an unfit body, a beard with glasses, and a mean look. He doesn’t look like someone very friendly or easy to hang around with. 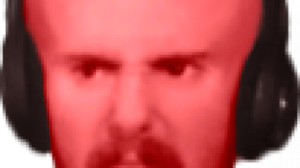 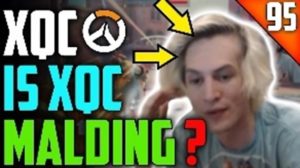 The word’s origin, “malding,” traces to Twitch’s streaming platform and the “Forsen” community. Forsen has been responsible for creating dozens of memes and popular culture sayings over the last decade.

The word “mald” appeared in the Urban dictionary in 2018, describing a man who is mad at going bald. Typically, that person is a middle-aged man that is angry about something other than losing their hair. However, the look of the male pattern baldness on their head makes it easy for people to troll them about being mad for losing their hair.

However, the phrase reached mainstream popularity in 2019. The Twitch streamer and community leader, Forsen, looked up the meaning of mald during one of his live streams. He had a good laugh about the term with his community, and people started creating memes on the term.

It also became an inspiration for the creation of the Karen meme. The mald meme always features a middle-aged man losing his temper, and the Karen is a similar meme but a female version.

Phrases Opposite to Malding

Malding refers to an angry balding middle-aged man. Typically, it relates to Caucasian males. You can use the phrase to describe male balding, but the saying doesn’t apply to women. Malding is an inflammatory term, and you wouldn’t use it in casual conversation; it’s more of an insult.

You can use the word “malding” to describe an angry middle-aged man. Even if the person is clearly mad about something other than their receding hairline, you can say that they are mad about their malding, just to troll them. This response will likely make the person even angrier. It’s a great way to turn up the heat in trolling situations online.