Did someone just text you “tyt” after you told them you were running late? What does that mean? Are you going to be in trouble with your tardiness? This post unpacks the meaning and origin of this expression.

The abbreviation “TYT” stands for “take your time.” It’s a suitable response to someone when they tell you that they are running late and you want to let them know there is no rush. When you tell someone to “tyt,” you are telling them not to panic and that they don’t have to worry about being on time.

The phrase only appears in text conversations, usually between friends or colleagues. The term can also have a sarcastic connotation. If someone says they are late and act blasé about their behavior, you could use the phrase to impress urgency on their arrival.

It’s important to note that texting “TYT” in capital letters invokes a different response from the recipient to receiving “tyt” in lower case letters. In text message conversations, capital letters usually mean that you’re shouting at a person or exclaiming something with great urgency.

Text 1: “RU ready for me to pick you up for dinner? We have a reservation for 8pm.”

Chat 2: “No one cares, tyt, we’re better off without you anyway.”

Chat 1: “I just don’t know if I’m ready to talk to anyone about this yet.”

Chat 2: “Don’t worry about it. Tyt, we’re here when you need us for a shoulder to cry on.” 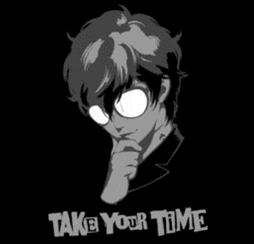 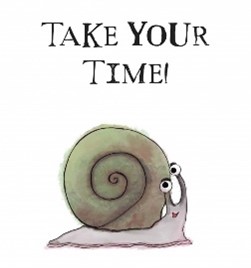 The expression “’tyt” originates from texting culture. Cellphones arrived on the market in the late nineties and experienced mass adoption in the early 2000s. Initially, people would communicate via “SMS” text communications.

This was a time before the auto-predict text function that would abbreviate words for you when typing on a QWERTY keypad. Instead, users would have to press buttons several times to find the words they wanted. As a result, people would create a range of abbreviations to shorten the number of characters they type in a text.

“tyt” was one of the earliest examples of abbreviations for complex, boring terms that everyone used often. The first mention of “tyt” as an abbreviation for “take your time” appeared in the Urban Dictionary in 2003.

Phrases Opposite to TYT

It’s more common for people to type “TYT” as “tyt” when using it in text or chat communications. Capitalizing “TYT” means you’re “shouting” at the person. So, it would be like using the sarcastic variant of the saying.

You can use “TYT” in text messages when you want to let the other person know that there’s no rush and they can take their time. It suits straightforward and sarcastic use. So, you could use it when you’re trying to let someone know that they are taking a long time and you’ve been waiting for them for a while.

This phrase is unique to text messaging and chats. It’s a common acronym used in chat on streaming platforms like Twitch and YouTube, and it also suits messenger apps like WhatsApp. People use it to reduce the need to type out all the characters. TYT has universal use in all English-speaking countries around the globe.