Are you looking for a way to say that you need to create an environment of equality with low barriers to entry? If so, you could say that you’re looking to “level the playing field” for people. This post unpacks the meaning and origin of this expression.

If you want to “level the playing field,” it means that you’re looking to create an environment of equality and equal fairness for everyone. It describes a state of fair competition, where no one has an edge or advantage over anyone else.

A level playing field describes a social or market structure where the barriers to entry are low, giving everyone an equal chance to compete. It’s become a popular phrase in business-speak when referring to corporate ESG (Economic Social Governance) projects.

“It’s time we removed these barriers to entry from the market and allowed everyone a fair chance to compete. Let’s level the playing field for every American to get a chance.”

“Let’s level the playing field a bit here. I want to get strong team members to support the weaker ones with their daily tasks around the office. That way, we can build everyone up.”

“They told us they want to level the playing field for people to access government programs. In reality, they’ve made it harder.”

“Let’s level the playing field for everyone and remove the obstacles to growth. With the right attitude, we can make anything happen.”

“The program’s goal is to level the playing field, allowing students from all backgrounds to have a fair chance at going to college.”

“Inequality is always a challenging subject to take on. There are so many parts to it that it’s hard to know where to start when you bring it up in political discussion.”

“We need to level the playing field if we really want to see equality in women’s sports. Trans people deserve to compete in sports, regardless of their sexual preference.”

“There is no level playing field when it comes to getting a job on Wall Street. You either have the talent and the connections, or you go work at a family office in Connecticut.” 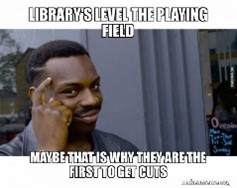 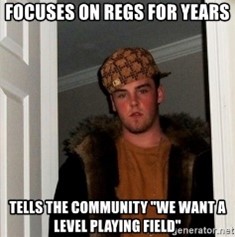 The expression “level the playing field” originates from sports, namely football. The first use of the saying in print comes from the newspaper, The Tyrone Daily Herald, in an article published in January 1977, where it appears as follows.

“Our philosophy is that we have no problem competing with the mutual savings banks if they start from the level playing field,”

This use of the expression has echoes of a similar phrase used by George Burnham in his “Memoirs of the United States Secret Service,” published in 1872, where it appears as follows.

“On the level, meeting a man with honorable intentions.”

Phrases Opposite to Level the Playing Field

The saying has nothing to do with the act of leveling a surface. The playing field, in this case, is the market, and leveling it means lowering the barriers to entry to give everyone a fair chance to compete. The phrase is more commonly used in finance and socioeconomics than in sports.

You can use “level the playing field” to express your desire to remove the inequality in a structure or ideology. The phrase means that you want to remove the barriers to entry and replace them with equal opportunity for all. You can use the expression in social or professional conversations.