Are you looking for the meaning of the word “smokeshow?” This post unpacks its origin, meaning, and use in conversation.

A “smokeshow” is an attractive woman or man. However, it’s more common for the term to apply to women over men.

When you’re calling a girl a smokeshow, you’re referring to her as exceptionally beautiful and someone you find irresistibly attractive. You’ll use this word in the placement of colloquial language, like “hot,” when describing women or men.

The phrase is popular online, with many podcasters and chat boards using the term in related threads. Recently, the use of the word is fading after controversy around it dredged up by the woke community.

“Look at that girl over there by the bar; she’s a total smokeshow.”

“Look at that guy walking across the street. He’s such a smokeshow.”

“Did you watch the Miss Universe pageant last night? Man, all those girls were smokeshows.”

“I really want to ask Samantha out on a date; she’s such a smokeshow.”

“Have you seen the legs on that woman? She’s a smokeshow for sure.” 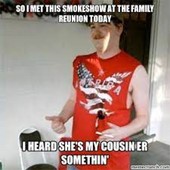 The is no information on the exact origin of the word “smokeshow” and its idiomatic meaning. The earliest record of the use of “smokeshow” goes back to the word’s entry into the Urban Dictionary in 2003.

The original entry in the Urban Dictionary defines “smokeshow” as “an extremely hot girl.” While the origin of the word is somewhat disputed, many think it comes from the phrase “smoking hot,” which also describes the physical attributes of attractive women.

The use of the word “hot” to describe attractive women comes from the late 80s, and it’s still used today by young and old people to describe beautiful men and women. Fires are hot, emitting smoke, so it’s easy to see the similarities between “smoking hot” and “smokeshow.”

The use of “smokeshow” in popular culture accelerated in 2008. The online sports and entertainment site “Barstool Sports” started a column called “Smokeshow of the Day.” The term began to gain popularity, and it’s also a popular hashtag on Instagram and other social media platforms.

Barstool Sports, owned by entrepreneur, Dave Portnoy, is one of the most successful online sports commentary and community sites, with a huge following. Therefore, many words and sayings from the show end up as idioms or catchphrases in society. Another good example of Bar Stools’ influence on creating phrases in popular culture comes from “Saturdays are for the boys.”

“SAFTB” is another popular hashtag on social media sites, and it’s all due to the influence of Barstool on culture. However, like many of the Barstool sayings and words, smokeshow would come under fire for sexist undertones with the word.

The use of the term peaked in late 2020. The show “The Bachelorette” saw a contestant call the girls smokeshows, creating a backlash in the feminist and woke communities, labeling it a misogynistic term.

Phrases Opposite to Smokeshow

Some people may use the idiom to describe women or men that they personally find attractive. If you’re calling someone a “smokeshow,” it means that everyone around you will think the same thing regarding the person’s attractiveness. Using the term to describe your wife that only you find attractive would be the incorrect use of the word.

You can use the idiom, “smokeshow,” when talking about women or men. The phrase is more commonly associated with beautiful women, but some women may use it to describe handsome men. Typically, you would only use the term to describe an exceptionally beautiful person that anyone would find attractive.