This post unpacks everything you need to know about using the idiom “pelfie” in conversation. We’ll look at its origin and meaning and how to use it in a sentence.

The meaning of the word “pelfie” derives from the word “selfie.” A selfie is an act of using your cellphone camera to take a picture of your face. Selfie culture exploded over the last decade, and there are plenty of different variations of selfies.

The selfie can feature a shot of yourself or yourself with other people, animals, and inanimate objects. The “S” in selfies refer to “Yourself.” It’s a way of saying a photo about yourself. However, various other “selfie” variations have different letters at the front of the word. For instance, the “Pelfie” refers to the word pu**y or a colloquialism for the female genitals.

So by asking a girl for a pelfie, you’re asking her to take a photo of her genitals—several memes on the internet show a pelfie and a girl with a kitten. However, the real meaning of the word is the graphic version, not this innocent play on the name.

“Hey Kim, you looking so good girl, how about sending me a pelfie right now?”

“Dirk just asked me to send him a pelfie. Should I do it?”

“Do you think this girl will send me a pelfie if I ask her?”

“The FBI advises that receiving pelfie’s from underage girls is considered a violation of the child pornography act.” 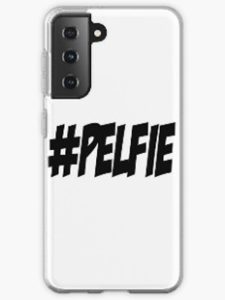 The word “pelfie” is a mutation of “selfie.” Selfie first appeared in the English language with the introduction of the cellphone camera back in 2002. However, the word didn’t take off until around 2009, when camera technology became widely available through the Blackberry and iPhone devices.

As selfie culture expanded, people started taking selfies with other people, their pets, and certain body parts. For instance, the “Belfie” is a selfie of your butt. So, a “pelfie” is a selfie of a girl’s genitals. The word got popularized around 2010 to 2012, but it’s not very common., Most people asking the question to a girl would need to be confident the girl would say yes, or they could end up in trouble with the authorities.

There was also a subreddit /r/pelfie created on the platform in 2014. Visitors to Reddit got the chance to stare at girls’ pelfies from around the world. However, people need to stop and consider the things they are willing to do for photo requests.

What goes on the internet, stays on the internet, and sending someone pelfies might end up being a decision you regret. A pelfie can either be a close-up of the genitals or a distanced shot, including the person’s face.

You’ll be using “pelfie” when you’re talking to a girl, and you want to ask them for an illicit photo. So, you’ll need to be doing this from a stance of supreme confidence. You’re expecting the girl to respond with an image, not an arrest warrant.