Did your boss just tell you “let’s get this bread” in his closing statement at your sales meeting? What does he mean? Does he want you to visit the bakery and buy him a sandwich? Is he feeling hungry?

This post unpacks everything you need to know when someone tells you to “get this bread.”

Let’s Get This Bread Meaning

“Let’s get this bread” comes from the adoption of street culture and language into everyday English. The meaning of the phrase is to tell other people that you are going to get some cash. The phrase can mean you’re actually going to go to the physical act of collecting money from someone or that you want to sell something that nets you a commission or cash.

There are plenty of ways that you can say this phrase. You can replace the “Bread” noun with many other physical objects. However, bread seems like it has the best connection to “dough,” a popular reference to cash in 90s hip hop.

Using “Let’s get this bread” means that you’re going to collect a debt from someone, or you could also use it for motivating people. For instance, before sending your sales team out from the meeting, you could say, “let’s get this bread,” to show them the importance of closing deals.

The bread will always refer to cash, but it could also reflect money in a bank account. Typically, it doesn’t refer to gold, jewelry, or other hard assets.

Let’s Get This Bread Example Usage

“It’s time to open the store; let’s get this bread, son!”

“George owes me $100 after last night’s game; let’s get this bread from him and head to the bar.”

“Let’s get this bread; I’m ready to give it everything I got to make that commission.”

“You say Tim is over at Robbie’s place right now? Let’s get this bread.” 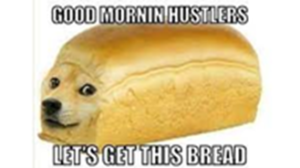 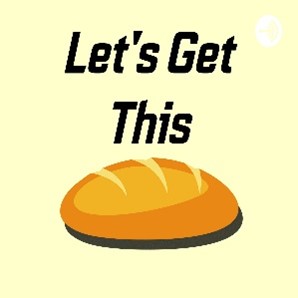 Let’s Get This Bread Origin

“Let’s get this bread” is a new idiom rising out of popular street culture. The influence of hip hop in language brought about many new phrases, idioms, and sayings.

Typically, you can replace the word “bread” in the phrase with various nouns, including paper, dough, cash, dollar, and many others. The term’s origin comes from the 2007-era, and the meaning keeps evolving.

Phrases Similar to Let’s Get This Bread

Phrases Opposite to Let’s Get This Bread

Ways People May Say Let’s Get This Bread Incorrectly

Some people may use the phrase out of context or with the wrong literal meaning. The “bread” in the term refers to money, not baked goods. So, using the phrase to describe going to the grocery store to buy a loaf of bread would be the incorrect use of the term.

Acceptable Ways to Phrase Let’s Get This Bread

You can say “Let’s get this bread” in various professional and social settings. For example, using it at the office to motivate the sales team before making calls would be a good use of the phrase. Using it with your friends before you hit the poker tables at Las Vegas would also be a good time to use the term.