Are you unsure that you’re getting a good deal? If you feel someone is trying to shortchange you in a swap, you could ask them to compare “apples to apples” when assessing the value of your item. This post unpacks everything you need to know about the meaning and origin of this expression.

The meaning of the expression “apples to apples” is to make a fair comparison. For instance, if your friends are trying to swap a toy or object with you that is of less value, you could tell them to compare apples to apples if they want you to stay in the deal.

Typically, you’ll use the phrase when you feel the other person isn’t giving you a fair deal. They might be discounting the item in comparison to something of lesser value. If that’s the case, using the phrase “apples to apples” means that you demand them to make a fair comparison.

The phrase suits all kinds of comparisons. Typically, you’re asking people to judge it fairly.

“Look, calling Bitcoin the new digital gold is not like comparing apples to apples. Gold and bitcoin are nothing alike and totally different. If you can’t see that, then I don’t know what to tell you.”

“Comparing a chevy and an import isn’t fair; it’s not apples to apples, and you can’t expect the same result as pitting two similar manufacturers against each other.”

“Let’s compare apples to apples here, okay? You get the same amount of sugar, and we’ll see if it does the same job.”

“That’s no way to compare apples to apples. You moved the goalposts on the procedure, and now the entire trial is corrupt.” 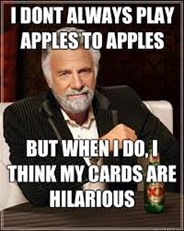 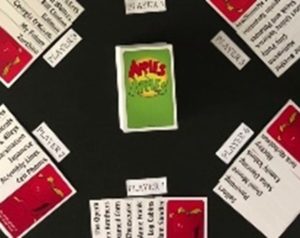 The expression “apples to apples” originates from the deregulation of home-heating utility companies in Ohio in the 1990s. As companies presented pricing plans, they focused on their competitors’ advantages and disadvantages.

As a result of the cutthroat marketing in the sector, regulators insisted that terms of sale between competitors should be directly comparable. They used the language “apples to apples” to designate approved campaigns.

“Apples to Apples” was also the name of a popular board game in the 1990s, although it is not the source of the expression.

Phrases Similar to Apples to Apples

Phrases Opposite to Apples to Apples

Most people who use the phrase apples to apples have never played the Hasbro board game by the same name. As a result, using it to describe the board game in social conversations with no context may leave people wondering what you are talking about and if you are on the same page as their train of thought.

You can use the phrase “apples to apples” when trying to tell someone that they aren’t making an equal comparison. For instance, if you’re comparing gold to bitcoin, it’s not a good example, and you’re not comparing apples to apples. One is a digital asset; the other is tangible. One has a stable value; the other is volatile. The phrase suits any use case where you’re trying to tell someone to change their unit of measurement.