Are you stepping out of character during an online gaming session? Don’t be surprised if people type ‘ooc’ in the chat to put you back on course in the game.

The expression ‘ooc’ is an acronym for several different terms. The most popular use of ‘ooc’ is for ‘out of character.’ Being out of character means pulling yourself from the character you identify as in a game. Typically, other players will type ‘ooc’ in the chat to get you back on track with your online persona.

The acronym ‘ooc’ has several alternate meanings, including ‘out of control,’ ‘out of curiosity,’ and ‘out of context.’ However, ‘out of character’ is the most common meaning of the phrase used online.

“Mike is ooc. Someone tell him to get back into character so we can continue with the game. He’s slowing us down, and it’s getting annoying.”

“Did you see Jeffery’s Bay during the WSL contest? It was ooc. The waves were eight to ten feet and the hugest barrels you’re ever seen. Simply out of control.”

“I think that’s a little ooc. Reword it and get it back in context before you submit the work to the professor this afternoon.”

“They caught us all ‘ooc.’ We were out of character for a few minutes, and the production assistant shouted at us for letting the team down.”

“This Ferrari is ooc, man. It’s an amazing ride and out of control. This car’s performance is off the charts, and I wish I could afford one.”

“Why do you always take everything I say out of context? You think the media would have better things to do than print this ooc garbage about me.”

“If you want to get the most out of the game, you must always stay in character. Going ooc will ruin the experience for you and everyone else.” 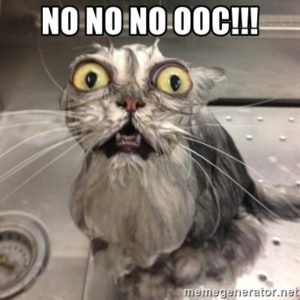 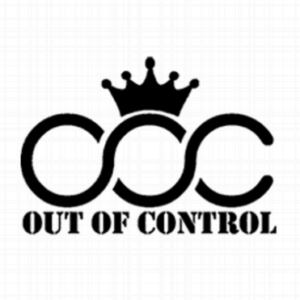 The acronym “ooc” originates front the world of fantasy gaming. It’s a popular term used on fanfiction websites and online role-playing games. Language experts are uncertain when the term appeared or who coined the acronym.

However, some experts believe the expression could go back to the 1990s when the fantasy board game ‘Dungeons & Dragons’ was popular. The acronym spread to online use in chats and forums due to the advent of streaming media and online gaming around 2008 to 2010. The first entry of ‘occ’ in the Urban Dictionary is in 2003.

‘OOC’ has alternate meanings, and the first reference to it as an acronym for ‘out of control’ is in January 2014. The first use of ‘occ’ to describe ‘out of curiosity’ was in 2019. However, the most common meaning of ‘occ’ is for ‘out of character.

Phrases Opposite to OOC

You can use the acronym ‘OOC’ when you’re playing online or offline games involving you assuming a fantasy character persona. If you step out of character, people will spam the chat with ‘ooc’ to show you they don’t appreciate you ruining the moment.

It’s a common saying in games like ‘Dungeons & Dragons’ or ‘Magic the Gathering,’ where players assume the identities of the characters they play in the game. Regarding the alternate meaning of the acronym, you can use ‘ooc’ as ‘out of control’ when you want to describe something that’ awesome or getting out of hand.