Did you listen to Teshers song ‘Jalebi Baby’ and find yourself wondering what he’s talking about in the lyrics?

All we know is that it’s not a jalebi he’s referencing. This post unpacks the meaning and origin of this expression.

You cook jalebis by deep-frying batter in vegetable oil, shaping the batter into little coils. The cooked jalebis get soaked in sugar syrup and served cold or warm. However, according to Tesher, he wasn’t referring to a jalebi in the song.

When confronted about the meaning of the song lyrics, Tesher had the following to say.

“For me personally … when I say, ‘Baby, let me eat it, I just want to see it,’ I’m not talking about jalebis. And I’ll leave it at that.”

“Have you heard that Indian pop track ‘Jalebi Baby’? It kind of reminds me of Cardi B’s ‘WAP.’ People sure listen to some sexually charged music these days.”

“That ‘Jalebi Baby’ track is pretty racy. I don’t know how they can play that stuff on the radio. Kids listen to it and think it’s cool.”

“I don’t get what he means when he says he wants to eat that girl’s jalebi. Jalebis are sweet and tasty and a great snack. That ‘Jalebi Baby’ track makes no sense to me.” 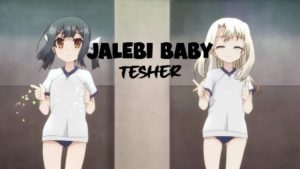 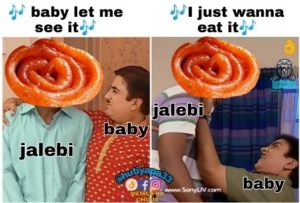 The expression ‘Jalebi baby’ originates from the 2020 hit single by Canadian-Punjabi star, Tesher. The song featured lyrics in Punjabi, going viral around the globe with hundreds of millions of views on YouTube.

The song was remixed in English by Tesher and Jason Derulo in early 2021 after the success of the original. The merger of entertainment giants Universal Music India and Capitol Records allowed the duo to get into the studio together to record the remix.

Both the original and the English versions of the song were hits. The huge following enjoyed by Tesher in the Indian community and in Indian ex-pat communities around the globe saw the video accumulate hundreds of millions of views.

Phrases Opposite to Jalebi Baby

“Jalebi baby’ is the name of an Indian pop song. It was a huge success, and most Indian people have heard the song through commercial mainstream media in their country.

However, people from western countries are unlikely to know what you mean. Given the insinuated definition of the phrase, saying it to a girl you like when you first meet them might not be the best way to open the conversation.

You can use ‘Jalebi baby’ in face-to-face and online social communications. “Jalebi baby’ has more than 280 million views, and it’s a well-known song in Indian and Sri-Lankan culture. You can use the phrase to describe your partner, girlfriend, or a one-night stand.