Did a friend just address their father as ‘Pa?’ This post unpacks the meaning and origin of this paternal expression.

The expression ‘Pa’ is a colloquialism of the word ‘father.’ It’s a term of endearment held by children towards their ‘pater’ and a shortened form of ‘papa.’ ‘Pa’ refers to your biological father or an adopted parent. Both grown and small children will use the expression when referring to their father.

‘PA’ is also an abbreviation for ‘Personal assistant.’

However, the most common use of ‘pa’ is as a colloquialism for father.

“I wonder how much it costs to refurbish a roof? I should ask my pa. He’ll know where I can get the best estimate.”

“Hey, Pa, Ma told me to come and call you for dinner. She wants to know if you’re coming or if she should put your plate in the oven.”

“I live in Pittsburgh, Pa. It’s a great city full of nightlife and exciting things to do. It’s one of the strongest manufacturing economies in the country.”

“I have the best pa in the world. He showed me how to fish and hunt, and he’s always there for advice when I need him.”

“I don’t think we can handle moving to Scranton, Pa. The winters are too cold, and I’m not used to that weather. Let’s stay in Texas where it’s warm, please.” 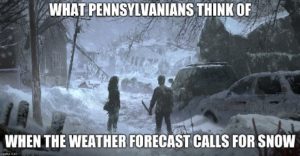 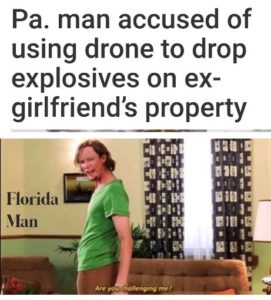 The expression ‘Pa’ originates from the Latin ‘papa,’ a child’s word describing their father. It’s similar to the Greek version, ‘pappa,’ meaning ‘o father.’ However, the French were the first to introduce ‘papa’ as a word for father in the 1680s.

The English use of ‘pa’ appears in 1804 as a colloquialism for ‘father.’ Language experts assume it comes from the relationship between England and France, resulting in many French words being adapted for the English language.

The phrase started as a way for kids from wealthy households to address their father, spreading into the common vernacular by the end of the 1800s. The word spread throughout the English and British communities, crossing the pond to the Americas in the late 1800s.

Phrases Opposite to Pa

You can use the term ‘Pa’ when referring to your father. It’s more of a European expression, and most Americans will call their father ‘dad’ as a colloquialism. Canadians prefer using ‘pa’ when referencing their father due to the influence of British and French culture on the nation.