Are you talking to a young person that’s whining about social issues? You could call them a ‘snowflake’ and walk away. This post unpacks the meaning and origin of this expression.

The expression ‘snowflake’ is a derogatory slur at someone in the late millennial or Gen Z generation. Typically, it refers to an entitled person that whines about social issues in an attempt to seek ‘social justice.’

A ‘snowflake’ is a part of ‘woke’ culture where people identifying with the ideology feel the need to expose social inequity. However, in most cases, all they do is upset other Americans that don’t have the same views on social justice.

“Listen here, snowflake. I don’t care about your’ social justice.’ I only care about my family and friends. You mean nothing to me. Get out of my face.”

“All these snowflakes think they’re so special. They spend their days protesting to defund the police and get scared when people start breaking into their homes.” 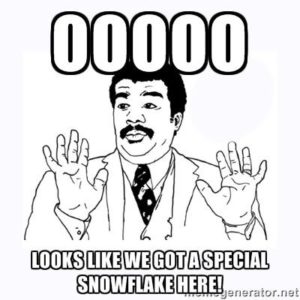 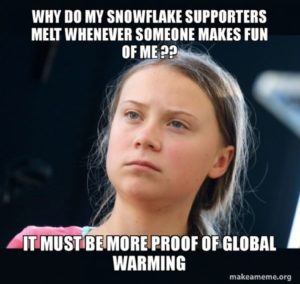 The expression ‘snowflake’ originates from the 1860s, when activities would use the term to refer to those opposing the abolition of slavery. The expression referred to the white color of snow representing the wealthy white families in the south.

The term died out for almost a century before appearing in ‘Green’s Dictionary of Slang,’ published in the 1970s. Green defines ‘snowflake’ as the following.

‘A white person or a black person who was perceived as acting too much like a white person.’

The backlash on the students in the video led to the widespread adoption of ‘Snowflake’ to describe whining, privileged college kids that fight for social justice.

Phrases Opposite to Snowflake

The phrase ‘snowflake’ has nothing to do with snow or snow sports. It’s a way of describing someone who whines about social issues to the extent that it’s frustrating to others. Using ‘snowflake’ to describe a critical thinker or someone unperturbed by social issues is incorrect.

You can use the phrase ‘snowflake’ to describe a whining leftist overly concerned with social issues. Typically, these people dress and speak a certain way, and they’re responsible for creating the ‘soy boy’ and ‘soy face’ memes. A snowflake is usually a late-generation Millennial or Zoomer, and they disagree with anyone that doesn’t have the same view of social issues.

You can use ‘snowflake’ in social conversations. It suits text messages and verbal exchanges discussing ‘soft’ men and annoying women, usually from the younger generations. Calling someone a ‘snowflake’ may illicit a negative response, and they might start whining at you for calling them that. Calling someone a snowflake on social media could land you in trouble with the ‘woke mob.’