Are you in a chat, and someone says something mean to you? You could reply with ‘tpwk’ to tell them to be nice rather than nasty.

The acronym ‘tpwk’ stands for ‘Treat People with Kindness.’ It’s an acronym created by the pop artist Harry Styles and his personal motto. The phrase means to be considerate of others and to take their feelings into account. It’s the opposite of trolling someone.

If you use ‘tpwk,’ you’re telling the person they should have empathy for others and put themselves in their shoes before judging them. Harry Styles fans adopted the acronym as a way to express their acceptance, love, and kindness for others. The acronym ‘tpwk’ means you respect other people’s opinions and feelings.

“Hey, that’s no way to speak to someone in this chat. We’re all friends here, and we spread love, not hate. Stop trolling, and tpwk.”

“I love Harry Styles. I live by his message of ‘tpwk.’ You get what you give in life. If you’re always nice to people, then they’ll be nice to you. The door swings both ways, right?”

“Harry Styles started the ‘tpwk’ trend. It’s the title of a song he wrote, and it’s huge in the pop culture market.”

“Tpwk is kind of like a cult. I mean, it spreads a good message, but the people that follow the ideology can be a bit crazy sometimes.”

“Why do people feel they have to follow ideologies like’ tpwk.’ Don’t they realize the world isn’t a bed of roses? Go treat a junkie with kindness, and it might get you stabbed in the neck.”

“People that follow the ‘tpwk’ ideology are mind washed. Anyone who takes a song and makes it their identity needs to examine their mental health.”

“Why so mad, bruh? Chill out and ‘tpwk.’ There’s no need to get hostile with people. What did they ever do to you?” 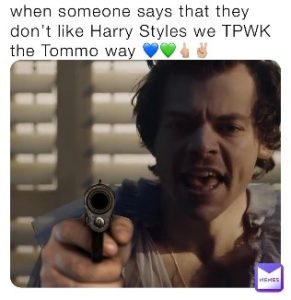 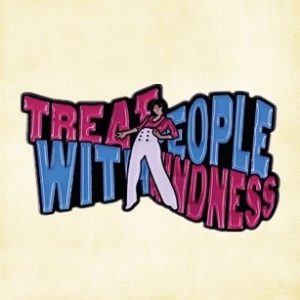 The origin of the acronym ‘tpwk’ comes from the first studio album ‘Fine Line,’ released by English pop star Harry Styles. Columbia Records and Erskine released the album on 13 December 2019, with the themes revolving around sex, breakups, happiness, and sadness.

When promoting his album tour, fans would notice posters stating ‘DO YOU KNOW WHO YOU ARE?’ appearing in locations in cities around the globe. Fine Line received a nomination for ‘Album of the Year’ at the 2020 Brit Awards and ‘Best Pop Vocal Album’ at the 2021 Grammy Awards.

Phrases Opposite to tpwk

The acronym ‘tpwk’ is not suitable for use in professional communications. Replying to a scathing email from your boss with ‘tpwk’ would likely get you fired. You can use the abbreviated ‘tpwk’ in text messages or chats. You’ll use the entire phrase ‘treat people with kindness’ in verbal exchanges.

You can use the acronym ‘tpwk’ in online chatrooms and message boards when discussing the song of the same name by Harry Styles. Styles is one of the biggest pop artists in the west, and he has a huge following. His ethos ‘tpwk’ is a global phenomenon followed by his fans. It spread into social media use over the last few years as a positive, motivating message.

‘Treat people with kindness’ means that you show empathy for other people. You could use it online to confront a toxic user in the chat. Or you could use it as a reactionary statement to a friend that says something nasty to you in a text chat. The phrase suits social conversations and has no professional use.