Are you staring at a beautiful girl with a possible Italian heritage? You could say she’s a ‘Bella‘ to describe her beauty. This post unpacks the meaning and origin of this expression.

Calling someone a ‘Bella‘ on social media means they’re overly emotional, indecisive, and somewhat irritating and frustrating to be around. It’s almost the opposite of a ‘Karen,’ as a ‘Karen‘ is loud and annoying, whereas a ‘Bella‘ is an emotional wreck.

“I spoke to Kimmy last night. She’s acting like such a Bella. She says she’s confused about whether to date Mike or John, and she can’t choose between them.”

“I was watching the Twilight series last night. It’s frustrating to watch Bella deal with her emotions and handle her situation.”

“My best friend and his wife had a child yesterday. They decided to name their daughter Bella. I think s that’s a great name.”

“Your name is Bella? Do you have Italian heritage? It’s nice to meet a girl with a traditional name from the old country.”

“What a Bella. She’s always acting like she’s got this life crisis to deal with, even when she has to make the smallest, most insignificant decisions.” 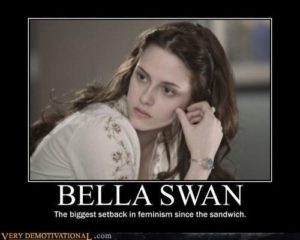 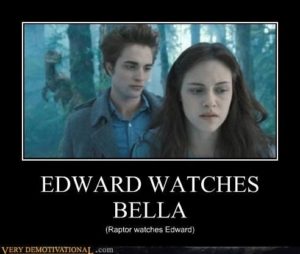 Bella is a popular girl’s name, and the Social Security Administration database shows ‘Bella’ in the top 50 girls’ names since 2017. Rising from 749th position in 2000. ‘Bella’ is also a shortening of ‘Isabella.’

The increase in the name’s popularity is linked to the ‘Twilight’ character, ‘Bella Swan.’ Bella was also a character in ‘Our Mutual Friend,’ a novel by Charles Dickens.

Phrases Opposite to Bella

Using the phrase to describe a woman with high social status is incorrect. ‘Bella’ may also be confused with other terms used to describe uptight, confident women. The name is only suitable for girls.

The word ‘Bella’ has several uses. It’s a popular Spanish, Italian, and Greek name and describes a stereotypical character in a love story. You can use ‘Bella’ to describe a girl that’s emotionally distraught all the time and uncertain about her life choices. You could say someone is a ‘Bella’ if they are being overly emotional.

The phrase suits social use, and it’s common to see references to the female lead character in the ‘Twilight’ movies and novels. You can also use the word to describe a beautiful woman of Latin-American or European descent.