Did someone do something online you find frustrating? You could post ‘GDI’ to voice your disdain for their actions. This post unpacks the meaning and origin of this acronym.

The acronym ‘GDI’ stands for ‘God Dammit.’ It’s a common expression in text messaging, chats, and online forums. People will use GDI for two reasons. The first is to reduce the number of letters typed to create the word. The second is to mute the vulgarity of the blasphemous saying.

For instance, if you’re around religious people, saying ’God dammit’ is a serious offense, and you might be in trouble for taking God’s name in vain. Using the abbreviation ‘GDI’ is acceptable and less offensive to religious practitioners, particularly Christians.

If you use ‘GDI,’ it means you’re feeling frustrated at your actions or those of others around you. It’s a way of expressing anger and hostility or disappointment. GDI has several alternate meanings and is a frequently used term online.

“I left my car keys in the office, and they just closed up for the night. Now I must get to the bus stop to catch the last bus home. GDI, FML.”

“GDI, why do you always have to bring that up whenever we talk about the kids. I know I have anger issues, and I’m working on them. Give me some space, will you?”

“GDI kids, can’t you all calm down and get in the car. I knew giving you that cotton candy was a bad idea. Now you’re going to be bouncing off the walls all night.”

“GDI, Craig. I told you to stop that. Why do you always have to do the opposite of everything I say? Can’t you just fall in line for once?”

“GDI, why did you do that? Now I have to pay for the damages. Thanks, this has been a great night out. Remind me never to do it again.” 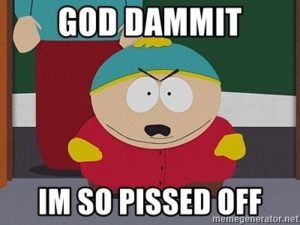 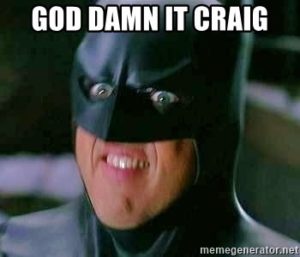 The acronym ‘GDI’ originates from text messaging. Before the introduction of the iPhone, QWERTY keyboards, and predictive text, people would use acronyms to replace common phrases and terms. ‘GDI’ is one of the older generations of acronyms used in texting, and it’s still in use today.

Language experts are uncertain of the exact date when the term appeared online or who coined the term. However, the first reference to the expression in the Urban Dictionary is in 2005. GDI has several alternate meanings, but ‘God Dammit’ is the most common definition online.

Phrases Opposite to GDI

Some people may use ‘GDI’ as a euphemism for ‘God Dammit,’ as using the full saying is a blasphemy. Saying the full phrase ‘God dammit’ around religious people is offensive, and you’ll have to apologize for your use of language.

You can use ‘GDI’ in text message communications with friends. It’s a reactionary statement to a stimulus you find unappealing or frustrating. You can use the term for small indifferences in your life or react to significant events out of your control. For instance, you could use it when you forget something at work or when expressing anger at government mismanagement.

Depending on the stimulus creating the response, the phrase has varying levels of anger or resentment attached to it. Most people use ‘GDI’ in text messages to voice frustration or concern at what the other person is saying or events they refer to in the conversation.