Are you planning on going out for a meal with friends? If someone calls your choice of a restaurant the “bog standard,” what do they mean? Are they telling you that you need to go to the toilet or something?

This phrase unpacks everything you need to know about the origin, meaning, and use of this idiomatic phrase.

The idiomatic phrase “bog standard” means “bottom of the heap” regarding standards and procedures. Essentially, it’s a way of saying that a person, company, brand, or product is the worst possible option you could choose in the market.

It can also refer to basic, fundamental, ordinary, or unrefined things or standards that have never seen any improvement. The word “bog” is a shorter form of the word “bog house,” referring to a toilet.

So, when you’re saying something is the “bog standard,” you mean that it’s “the bottom of the barrel” in the industry and an establishment or standard that you should avoid using. The word “bog” has a negative connotation to it because it’s where we go to defecate.

For example, if you’re calling a restaurant a “bog standard,” you mean that it’s the worst restaurant in the area, and you probably won’t eat there again, even if they were to pay you.

“Most medical systems are dysfunctional and prone to collapse, it’s a bog standard, and the government shows no signs of turning the system around.”

“That restaurant is the bog standard of the city. It’s absolutely terrible food and service, and I’m never going back there again.”

“I’m tired of dealing with that company; they really are the bog standard of the industry.”

“I’m never watching that news channel again; they are the bog standard of international reporting.”

“The new guidelines to how we have to handle high-value items at work really is the bog standard of security protocols.” 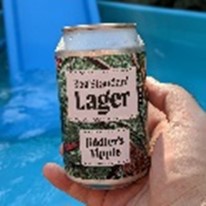 The phrase “bog standard” originated in Great Britain in the late 1960s. It’s an informal term, with widespread use across the UK and in America as well. The British used the word “bog” as a colloquialism for a toilet.

“Bog” is the shorter version of “bog-house,” describing a latrine, place of ease, or privy. The word originates from the 1800s, and it’s a newer term for the older word, “boggard.” However, the modern phrase “bog standard” doesn’t have anything to do with the meaning of “boggard.”

The idiomatic phrase “bog standard” appeared for the first time in print publications in 1968’s Hot Car edition. The term features in an article talking about the braking systems on cars. The phrase appears as, “The brakes are bog standard.”

Most of the early references to this phrase come from technical publications to do with engineering or computing.

Phrases Opposite to Bog Standard

Some people may use this phrase to refer to toilets and the state of bathrooms. However, the term has nothing to do with toilets. It’s a way of saying that the standards are low, and they have no intention of changing things for the better.

You can use “bog standard” when you’re trying to express that a person, entity, or procedure is below standard, with no change to it in the near future that might improve the standard. For instance, if you’re going to a restaurant with consistently bad service and food, you would say that the establishment has a “bog standard” for its restaurant experience.