Are you looking for a way to end your phone call with a friend without being rude? If so, you could tell them that you have “errands to run,” and you’ll call them back later. This post unpacks the meaning and origin of this expression.

If you tell someone you have “errands to run,” you’re usually using it as a polite way to avoid an event, like going to meet someone for coffee. Or, you could use the phrase on the phone to tell someone that you have important things to do, and you’ll call them for a social chat later after you finish.

Typically, it’s an excuse to divert you from engaging with another person. The phrase can also mean that you have small tasks to do, such as picking up the mail or going to the grocery store.

“I can’t make it to the coffee shop right now; I have some errands to run. Can we schedule it for another morning?”

“I know you want to come over now, but I have errands to run, and I’m not home for the rest o the morning. Call me later, and we can get together.”

“It’s not my fault I have errands to run, the bills are due, and someone’s got to pay people, or we’ll be left in the dark with no power.”

“I can’t make it to the lunch this afternoon, something came up, and I have errands to run. Please tell everybody I’ll see them next week.” 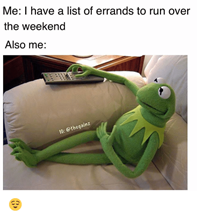 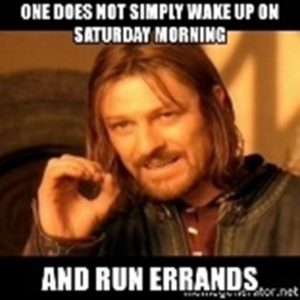 The origin of the expression “errands to run” goes back to the 1700s. No one knows who exactly coined the phrase.

However, it was a common saying for homemakers in the 50s and 60s. The phrase described activities like paying bills, mailing letters, and other work involving them being out of the house, like grocery shopping.

At the time, there weren’t many women in the workforce, and the phrase would add importance to the efforts they made for the family outside the house.

As gender roles evolved over the next 40 to 50-years, more women entered the workforce, and the use of the phrase started to describe actions taken by men or women that were of low priority.

Phrases Similar to Errands to Run

Phrases Opposite to Errands to Run

You wouldn’t use the expression when you’re talking to your boss. Telling them, you have “errands to run” when they want to speak with you would likely land you in a disciplinary hearing.

Many people understand that when you tell them you have errands to run, you don’t want to see or speak with them right now. Be careful how you use the phrase, as some people may take offense to it and think you are avoiding them.

Most people will use the phrase to tell someone that they don’t have time to speak to them right now. For instance, if a friend calls you and wants to come over, telling them you have “errands to run” means that you’re not going to be home.