The film ‘Ex Machina’ is a harrowing look into the world of AI and human behavior.

The expression ‘Ex Machina’ means ‘god from the machine.’ It’s a way of describing a sentient technology or robot. The most common use of the phrase is to describe the movie of the same name, released in 2015.

“Did you watch that movie ‘Ex Machina?’ It’s one of the best examples of AI becoming sentient and how humans will interact with the technology.”

“Did you hear how that Google engineer claims the Lambda AI is sentient? That sounds so creepy. It reminds me of that movie, Ex Machina.”

“Ex Machina Deus. God is in the machine, and it’s like it has a lifeforce of its own. We need to be careful with how we proceed on this project.”

“That movie, Ex Machina, really gives you pause for thought. I wonder what will happen when robots seem so lifelike. We can’t tell them from humans?”

“How long do you think we have until AI experiences the singularity? Some experts say it could happen in the next decade. It’s like that Ex Machina movie coming real.”

“I don’t know how that guy in ‘Ex Machina’ falls for the robot. Sure, it’s convincing, but it’s not a real person. It’s a bot.”

“I bought a new Lamborghini, and it’s like the car is a beast with a mind of its own that I control. Ex Machina Deus, I love that machine.” 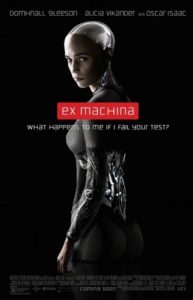 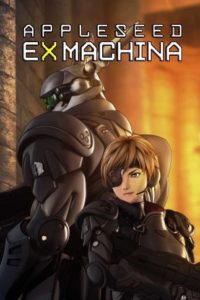 The expression ‘ex machina’ is a Latin term deriving from the Ancient Greek word, ‘ἀπὸ μηχανῆς θεός’ pronounced, ‘apò mēkhanês theós.’ The direct translation to English is ‘god from the machine.’ Greek actors would use a crane or riser machine to reach the stage for their performance.

The playwright ‘Aeschylus’ introduced the concept to the stage, and it was a useful machine used frequently to resolve conflict and conclude the play. The device mostly appeared in plays involving Greek tragedies. However, there is some use for it in comedies.

Some experts believe the term comes from the Greek practice of introducing gods at the end of plays, using them to resolve the plot. The use of this practice extends back to at least 500 BC, with the playwright Euripides being known for frequently using the device in his productions.

The first appearance of the term ‘Deus ex Machina appeared in the 1600s when it described improbable events and saviors that bring order to chaos in a surprising manner. However, the most common modern reference of the term applies to the movie ‘Ex Machina,” released on 24 April 2015.

Phrases Opposite to Ex Machina

Some people may use the phrase to refer to the ‘singularity’ where AI becomes sentient and can complete tasks of its own volition without human instruction. The term ‘ex Machina doesn’t always apply to robotics and AI, but it’s the more common use of the saying online.

You can use the phrase ‘ex Machina when referring to the film of the same name or related technology in the field of AI and robotics. The movie is over 5-years old, but it remains a cult classic, and it’s still popular among cybernetic enthusiasts. The phrase is similar to the saying’ ghost in the machine,’ meaning that an AI system or robot becomes sentient and can think for itself.

The phrase means ‘god in a machine.’ Therefore, you can use it to describe how a machine makes you feel closer to god. For example, if you climb on your motorcycle and have a thrilling ride, you could say ‘ex Machina Deus’ to define your experience on the bike.