Did you get back from a scan at the hospital? If your doctor calls you and tells you that he found your test results “grossly unremarkable,” what does she mean? This post unpacks everything you need to know about the meaning and origin of this expression.

As a result, whatever you’re talking about may warrant further investigation. For example, the doctor could say that your prostate exam was grossly unremarkable, but they want to send you for further tests because they may suspect an underlying problem.

The phrase comes from the medical world, where doctors would use it to describe a test result showing no abnormalities. However, they may suspect something else and decide to look deeper into the test results to see if they can find anything else.

The phrase can also mean that there is nothing remarkable about a person, object, or event.

“I found Tom’s presentation grossly unremarkable. It’s like he was talking to us as a bunch of third-graders. I didn’t learn anything new at all.”

“The change in the balance sheet is grossly unremarkable this quarter. We’re not experiencing any growth, even though our competitor’s sales are going through the roof.”

“The president’s speech was grossly unremarkable. He didn’t use any language that indicates the situation will change.”

“The effects of the disease were grossly unremarkable. It was nothing more than a case of the flu, and the doctor sent him home to rest with over-the-counter medications.”

“There is nothing special about that painting. It’s grossly unremarkable.”

“That meal was one of the blandest I’ve ever had. The chef did nothing outstanding; it was grossly unremarkable.”

“Dylan, I’ve finished examining your CT scan, and I have to say that it’s grossly unremarkable, I don’t see anything wrong, but I’d like to run some more blood tests, please.” 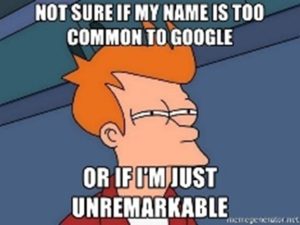 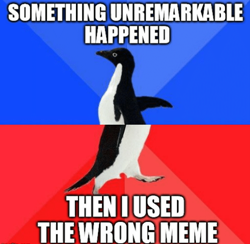 No one knows who coined the term “grossly unremarkable.” However, language experts note that the term does originate from somewhere in the medical industry. Doctors often use the term when describing a diagnosis or observation as nothing important, insignificant, or not worth considering.

Gross derives from the Latin “grossus” and “remarkable” from the French “Remarquable.” It’s not clear which branch of medicine this saying evolves from. However, its use in front of patients led to its spread throughout the world’s English-speaking communities.

Phrases Opposite to Grossly Unremarkable

Some people may use “grossly unremarkable” when talking about stuff that “grosses them out.” “Gross” is a slang term describing something disgusting to look at or do. Considering this would create a severe emotional and physical response, it is almost exactly the opposite reaction to the intention of the original expression.

You can use the expression “grossly unremarkable” when you’re trying to impress on someone what they are telling or showing you, or their behavior is nothing worth paying attention to.