Do you need a way to tell someone that you’ll do something as fast as possible? If so, you could say to them you’ll have it ready for them “lickity split.” This post unpacks the meaning and origin of this expression.

The meaning of “lickity split” is to do something right away without hesitation and as quickly as possible. It means going headlong at full speed into any task and not asking for instructions.

“Honey, I’m just going down to the store to get some milk and the newspaper. I’ll be back lickity split, don’t worry If I’m not downstairs when you get up.”

“Wow, you were back fast; that trip to the store was lickity split.”

“I’ll have that ready for you lickity split boss. I have to complete the cash flow forecasting, and then I’ll have it ready and on your desk this afternoon.”

“I know you said you’d have the paperwork here lickity split, but it’s been over an hour, and I need to get to that meeting in ten minutes. Please tell me you have everything ready to go?”

“That guy behind the bar served my lickity split; I was waiting less than a few seconds before he took my order.” 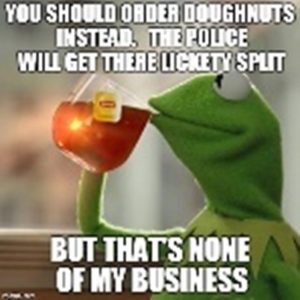 The term appeared in the “Adams Sentinel” newspaper in 1847, where it appears as follows.

“On we went, lickity-split, the harrycame blowed harder, the timbers began to creak, the sails split to ribbons, some of the spars begun to snap and go by the board, and then all at once there was a terrible cry, ‘breakers ahead!”

The phrase also appears in a speech in 1848, as “lickoty split.”

Some language experts believe the addition of “lickity” to split comes to the US from the Scottish. There are several variations of the saying, including options like lickety split, “licketty cut,” “lickety click,” and “lickoty split,” suggesting a potential onomatopoeic connection to the phrase.

Phrases Opposite to Lickety Split

If you’re using it in conversation, then it usually refers to the act of doing something quickly. The definitive version of the expression on common on message boards like 4Chan and Reddit.

You can use the phrase “lickity split” when you’re trying to tell someone that you did something in a hurry, or you expect them to do it in a hurry. The phrase describes taking quick action on a task or a procedure.