Are you looking for a way to describe a person with a quiet demeanor? If so, you could say that they are a “man of few words.” This post unpacks the origin and meaning of this expression.

If someone is a “man of few words,” they don’t talk much and have a quiet demeanor. These individuals won’t go out of their way to start a conversation, and they usually only speak when someone else talks to them first.

The saying can also apply to people that choose their words carefully and think about what they say. As a result of spending time thinking about what they have to say, these individuals can get the point across using few words.

Typically, when you’re using the expression, it’s to compliment someone. It’s another way of saying that you appreciate their quiet demeanor, and they must have high intelligence. It can also refer to someone shy or introverted.

“My grandfather was a man of few words, but when he talked, people listened. He was a smart and wise old man.”

“Chad is a man of few words. He doesn’t say much, and people give him a hard time about it, but he’s a good guy when you get to know him.”

“Steve is a man of few words, but he won’t shut up when you give him a few drinks.”

“Sometimes, I wish you were a man of few words. After hearing you trying to convince people about stuff you know nothing about, I realize you’re an idiot.”

“If a he’s a man of few words, what’s the problem? At least the guy isn’t up in everybody’s face all the time trying to catch their attention.”

“I’m a man of few words. I don’t have anything to say about that, and if I did, I doubt you would like to hear what I have to say.”

“I believe that actions speak louder than words. If you have to say something to do it, then rather say nothing at all. That’s why I’m a man of few words.” 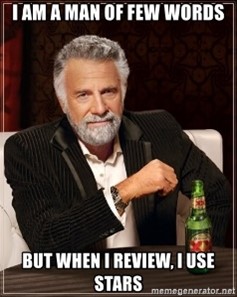 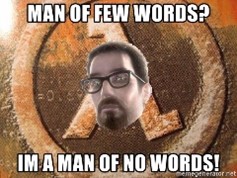 The origin of the expression “man of few words” comes from the late 1500s. The saying first appears in William Shakespeare’s play, “King Henry V,” performed in 1599. The phrase appears in the play as follows.

“He hath heard that men of few words are the best men.

Despite the age of this phrase, its meaning has not changed much.”

The phrase didn’t change much over the last 5500-years. However, It’s more common to hear it appear in language as “man of few words.”

Phrases Opposite to Man of Few Words

You can use the expression “a man of few words” to describe someone who has a quiet demeanor and doesn’t say much. The saying suits social and professional use. You could use it at a friends dinner party to address someone that being overly quiet during conversation.

Or you could use it at work to describe a colleague that doesn’t say much to anyone. Typically, you’re implying that the other person is intelligent and quiet-spoken but not stupid. It’s a way of saying that when they speak they usually have something important to say, and they don’t engage in idle conversation.