Did you just hear someone say that their energy is starting to “peter out?” what are they saying? Do they know someone named Peter or something? This post unpacks everything you need to know about the origin and meaning of this idiomatic expression.

If you drive past a car with its alarm blaring, the noise would “peter out” the further you go from the vehicle. Essentially, the phrase means “to dwindle to nothing,” and it can apply to many different situations in life.

The phrase can also mean dwindling performance at a task or from a natural occurrence, such as sunlight fading or a comet burning up in the atmosphere. It’s a common expression, and you probably hear it all the time from family, friends, and colleagues.

“The politician ran his campaign at full tilt but started to peter out as funding dried up.”

“The boat started with a roar, but the engine began to peter out as the carburetor clogged the fuel line.”

“The light in the sky was as bright as the sun but started to peter out after a few minutes.”

“The fires around northern California started to peter out as the rains arrived.”

“Your enthusiasm starts to peter out as you realize the effort involved with the task.” 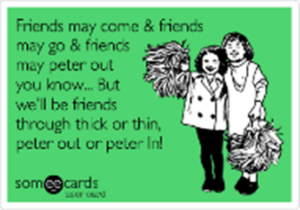 The earliest use of “Peter” as a verb occurred in the mining community in the United States in the mid-19th century at the start of the gold rush. The newspaper, “the Milwaukee Daily Gazette,” was the first to publish the phrase in its written format in 1845, in the Georgia Gold Rush, predating the beginning of the California Gold Rush in 1829.

The newspaper article talks about a prospector complaining about his dwindling circumstances in life.

“When my mineral petered why they all Petered me. Now it is dig, dig, dig, drill, drill for nothing. My luck is clean gone – tapered down to nothing.”

Other references from the 1840s used the term “petering” concerning the depletion of mining reserves across the United States in the 1840s. However, none of these references use the specific term “peter out.”

The phrase would appear in its complete format in Hiram Riley’s articles – “Puddleford and its People,” written in 1854, where it appears as follows.

“He hoped this ‘spectable meeting warn’t going to Peter-out.”

Phrases Similar to Peter Out

Phrases Opposite to Peter Out

Using the phrase to refer to someone named Peter directly is the incorrect use of the term. The word “Peter” describes a slowing in performance or a drop in energy. Some people may spell “Peter” incorrectly as “petter” when writing out the phrase.

Acceptable Ways to Phrase Peter Out

You can use “Peter out” in social and professional settings where you want to describe dwindling performance in a person, object, or task. For instance, if the marathon runner is slowing down and looks like they are about to give up, you could say they look like they are starting to “Peter out.” However, you could use the phrase for a wide variety of objects and tasks. For example, if the dishwasher begins to malfunction, you could say it is starting to “Peter out.”