Are you looking for a unique way to describe a British pub? You could call it a “pig and whistle.” This post unpacks the meaning and origin of this expression.

The meaning of the expression “pig and whistle” refers to the British pub. Pubs are in neighborhoods all over England, and they have names like the Slug and Lettuce and “the Pig and Whistle.”

If someone tells you that they are going down the “pig and whistle,” it means that they are heading to the pub. It also doesn’t matter if the pub has a different name; people will understand what you mean.

“I’m heading down to the Pig and Whistle for a pint with the lads. I’ll probably be home around 10 pm, so leave dinner for me in the oven, please.”

“We’re all going to the Pig and Whistle tonight for a few rounds. Would you care to join us for a drink and a chat?”

“The ‘Pig and Whistle’ is one of the most iconic pubs in English history, and the birthplace of the publican lifestyle for the modern industry.”

“Let’s go to the Pig and Whistle for a pub lunch. I heard they have a special this week.”

“The Pig and Whistle was an iconic TV series, and I remember laughing at all the antics in every episode.”

“let’s all stay in tonight and do a marathon of “The Pig and Whistle” it’s everyone’s favorite show.”

“The Pig and Whistle down the block have Guinness Extra Cold on tap.” 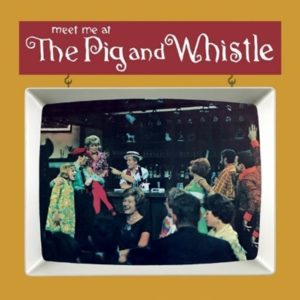 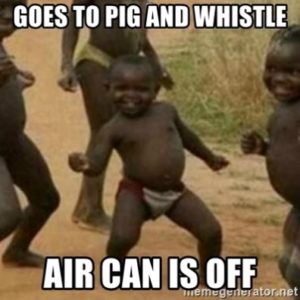 The expression “pig and whistle” originates from the old English language in the 1600s. The term means “odds and ends.” Samuel Colvil was the first to use it in writing in his “Mock Poem” in 1681.

“How he did visit Bedlam fool-men,

Discoursing of their Pigs and Whistles,

And strange experiments of Musscls,

And of the Language us’d by Catts,

When in the night they go a Cating,

And fall a scolding and a prating.”

To have your finances go to pigs and whistlkes was to experience financial ruin. This meaning comes from the Scottish poem “Har’st Rig,” in 1794.

“For he to pygs and whistles went, And left the land.”

However, most people think that “pig and whistle” is the name of one of the first English pubs in the country. While many language experts believe this to be the source of the phrase in modern language, a survey by “Dunkling and Wright” shows that of 17,000 pubs in London from the 19th century, there are no examples of an establishment named “The Pig and Whistle.”

The “Pig and Whistle” is also the name of an iconic English comedy TV sitcom. The program aired from 1967 to 1977, gaining a huge following in England.

Phrases Similar to Pig and Whistle

Phrases Opposite to Pig and Whistle

The “pig and whistle” is a British term, and it doesn’t have much use outside of the UK. Using it in America will likely get you stares from people.

You can use the expression “pig and whistle” when you’re telling someone that you’ll be at the bar or pub if they want to find you.

You could use it when inviting friends to have a drink with you or when referring to an English-style pub, even if it doesn’t have the name “pig and whistle.” Some people may use the expression to refer to the iconic British TV series of the same name from the 60s and 70s.