Did your friend just invite you out to the bar? When you arrive, they offer you a “potent potable,” but what is that? Is it a drink? Or are they telling you they need to go to the bathroom or something?

This post unpacks everything you need to know about this idiomatic expression’s meaning, origin, and use.

The meaning of “potent potables” refers to alcoholic beverages. Typically, you’ll be talking about strong alcoholic drinks like spirits and cocktails.

The word “potent” means “strong” in this case, and “potables” refers to “drink.” Therefore, we can say that the phrase directly translates to “strong drink.”

You can use “potent potables” in all situations where you’re planning on drinking or drinking. The phrase might not be appropriate for use in bars, as most bartenders are young, and they might not have any experience watching the series when it included the category.

The term applies to all alcohol, but it’s more common to reference hard liquor and stronger drinks, like cocktails. For instance, whiskey is a lot stronger than beer, and it would suit the better use of the term “potent potable” than beer.

“As John took the shot of Jack Daniels, he could feel the potent potable burning the back of his throat with a delightful sting and string aftertaste, making him wince in pleasure.”

“There’s no chance you’ll find liquor lying around the house where the kids could find it. I keep all my potent potables locked away in the liquor cabinet, and I hide the key.”

“This bar has one of the most impressive collections of potent potables; I’ve ever seen; they even have the genuine Absinth!”

“I’m a recovering alcoholic, so I lost my right to enjoy potent potables many years ago after joining my AA program.” 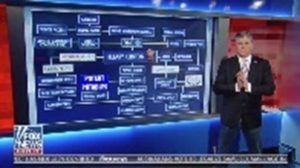 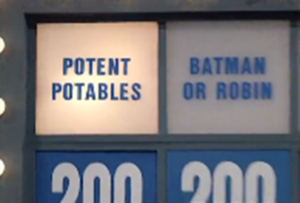 “Potent potables” originates from the smash-hit TV game show Jeopardy! “Potent Potables” was a category on the show referencing alcoholic beverages. Alcohol is a drinkable liquid; hence it is “potable.” Liquor with a proof rating of over 70% is considered “potent” and could leave you feeling tipsy after just a few shots.

Therefore, combining the two words is a great alternative for alcoholic beverages. Jeopardy is one of the most popular gameshows of all time, and the use of the phrase spread through the US population in the 70s, 80s, and 90s.

While you won’t hear many people using this phrase when ordering a drink or describing an alcoholic beverage, anyone that’s a fan of the old show will understand what you’re talking about when you use the term.

Most bartenders in America will also know what you’re talking about when using the phrase.

Phrases Opposite to Potent Potables

Some people may use the phrase to describe soft drinks or alcoholic beverages with a low proof rating, like beer and wine. While this use of the phrase might be technically correct, it’s more common to use “potent potables” to describe spirits and strong drinks like cocktails.

You can use the phrase “potent potables” when you’re making Jeopardy! references, or when talking about alcoholic beverages. The word “potent” in the term refers to high alcohol content, “potables” could refer to high-volume alcoholic drinks, usually, spirits or cocktails that leave you feeling drunk fast. The phrase suits use in social situations and at office events where you have a few drinks.