The phone rings, and it’s your friend on the line. As you answer, they greet you with “what are you up to?” How do you respond to the greeting? What are they asking?

What Are You Up to? Meaning

“What are you up to?” is a greeting used in everyday conversation. The meaning of the term is to ask another person how they are doing or what they have going on in their life at that moment. So, you would use it in place of “how are you doing” as another way to open a conversation with someone.

You can say the phrase with different connotations and tones. For instance, asking your friend “what are you up to” in a lighthearted tone gives you a great opening into a conversation. Using it as you watch someone doing a task that you find suspicious provides a tone where you’re wondering what the person is doing and if they are doing something wrong or illegal.

You can also use the phrase as a precursor question for upcoming requests or favors. The phrase is common, and you probably hear your friends, colleagues, and family members use it all the time. You can use it as a way to start a conversation in person or over the phone. Typically, you’ll use it when speaking to friends, but it also suits use with colleagues in professional settings.

What Are You Up to? Example Usage

“Hey John, what are you up to? You wanna go catch a movie?”

“Hey Sarah, what are you up to? Did you get that new job?”

“I see you over there sneaking looks at my man; what are you up to?”

“What are you up to? That’s not normal behavior.” 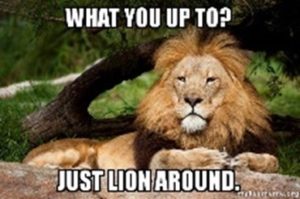 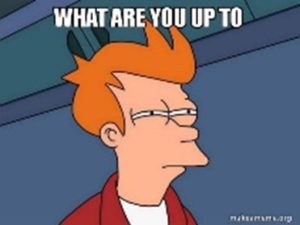 What Are You Up to? Origin

No one knows the exact origin of this idiomatic phrase. However, some language experts suggest it appeared in the 1970s as a greeting, spreading through the English-speaking population in America and the UK.

Some experts believe the phrase is an alteration of “to be up and about.” You would use the term to describe someone carrying out several tasks at once or preparing to start work. As the language changed into a more conversational style in the 70s and 80s, it changed into its modern format.

The phrase still has use as a greeting in modern society, and you probably hear it from your friends, family members, and colleagues all the time.

Phrases Similar to What are You Up to?

Phrases Opposite to What are You Up to?

Ways People May Say What are You Up to? Incorrectly

Some people may say the phrase when trying to get information out of people or being overly persistent with trying to retrieve information from others. While the term does have some application in this type of conversation, you’ll find you get a better response if you ask the person a straightforward question instead.

Acceptable Ways to Phrase What are You Up to?

You can use “what are you up to” in many social and professional settings. The phrase can have several connotations, from curious to friendly tones. You can use it as a greeting instead of “how are you doing?” and it also acts as a rhetorical question when you’re trying to figure out what someone else is doing.