Are you looking for a quick text abbreviation to ask your friend how they’re doing? You could use “wsg” as a suitable text greeting asking them how they are. This post unpacks the meaning and origin of this expression. 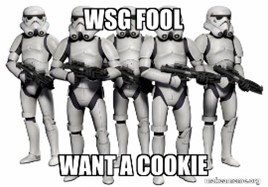 The abbreviation “wsg” means “what’s good?” It’s an everyday slang greeting for young people and a way of asking the person how they are doing.

The phrase is similar to the saying “what’s up,” and it’s most commonly used in hip hop and African-American communities.

The phrase suits use in conversation as a greeting, but you’ll only use the abbreviated version of the saying online in text communications. You’ll use the entire phrase when speaking to someone face to face.

“Yo playa, wsg? What’s goin on this afternoon? Are we still linking for a session on the ramps later, or ru backing out already?”

“Wsg? I’ve been tryin to get hold of u all day, and ur not taking my calls or texting me back? Don’t leave me hanging like this.”

“Kimi! Wsg? When are you coming back to this side? Lemme know, and I’ll come thru with the rest of the crew.”

“So, wsg? Are you on your way back from vacation yet? How did it go? Ru gonna invite me around for drinks tomorrow, or do I have 2do that myself?”

“Ru sure that’s wsg? I’m mean, u can handle it like that if u want, but that’s not what I expected from u at all. Please change ur mind.”

“Sam, wsg buddy, long time no see. Let me know if u wanna hang out sometime. I’m free on the weekend.”

“Wsg sista? I see you’re hanging around Darryl again. What’s up with that? Ru guys a thing now, or ru hiding it from everyone?” 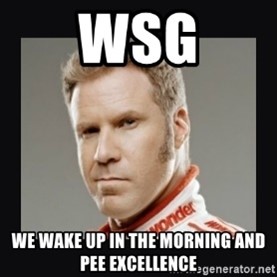 The abbreviation “wsg” comes from the advent of text messaging on mobile devices. Before the days of predictive text, QWERTY keyboards, and WhatsApp, there was SMS.

Devices capable of SMS required you to press the number keys to access keyboards, and typing out a single word was a big effort.

So, to save time typing, people would abbreviate words and create acronyms to express general terms or questions. However, “wsg” appeared long after the introduction of the iPhone in 2008, with the Urban Dictionary recognizing it in 2014.

However, the previous generation of text abbreviations stuck through the evolution of texting technology, and it’s one of the main reasons we abbreviate text communications today, despite having the tech available to write whatever we want in seconds.

The expression “what’s good?” comes from colloquial street slang around New York in the 1990s. The phrase entered mainstream use after the rapper Nicki Minaj used it at the 2015 VMAs when calling out Miley Cyrus regarding a Twitter feud.

Phrases Opposite to WSG

When using “wsg” in text, it’s important to understand the difference between typing in upper and lower-case characters. 99.9% of the time, you’ll be using the abbreviation in the lower-case format.

Typing the abbreviation in upper case characters means you’re shouting at the person or demanding a response. People will see this phrasing as offensive or annoying.

You can use the abbreviation “wsg” in text message conversations. It’s a way of asking someone how they are and what they’re doing.

The phrase can mean you’re asking what the other person is doing and if you can join them. Or it could be a general curiosity about what they are doing right now.

The phrase has no application in verbal format. It’s part of a long list of text abbreviations such as “omg,” “lol,” and many others.

The phrase is only suitable for social use and doesn’t suit professional or corporate communications. Use it with your friends, not your boss, manager, or clients.